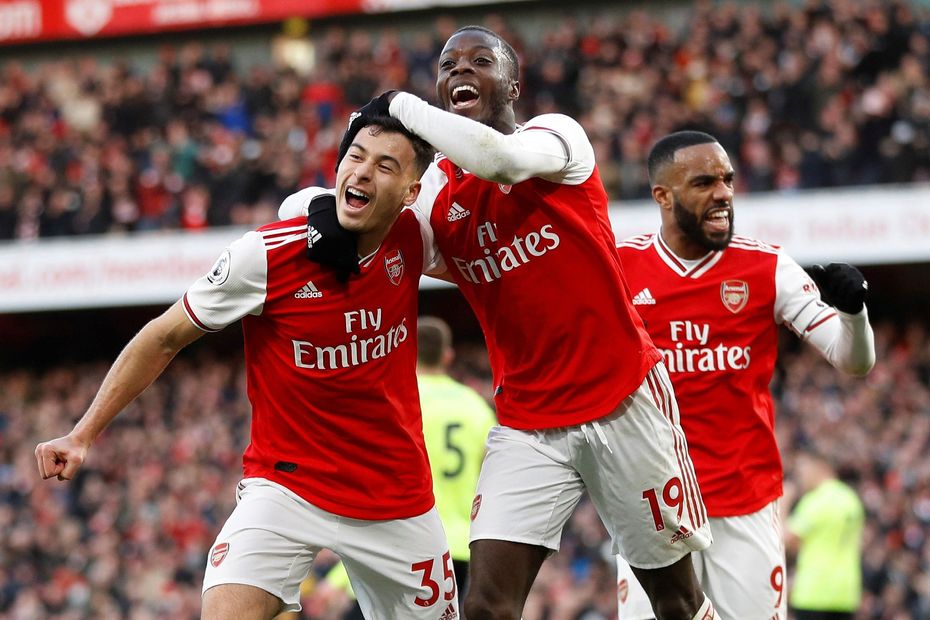 The Gunners have made a mixed start under new head coach Mikel Arteta.

Although they have lost only one of his six matches in charge, they have also only won once.

However, their forthcoming run of opponents gives Arsenal a chance to improve their results.

According to the Fixture Difficulty Ratings, five of their next eight matches score just two.

That suggests their key players could prove handy differentials for the run-in.

The German has been busy between the posts, recording just four clean sheets.

On the flip side, he has earned 22 points from saves and has averaged 3.4 points per match, more than any Arsenal defender.

Sitting in just 5.2 per cent of FPL squads, the 27-year-old is among the six players to start every match for Arteta.

A cost of £5.0m could offer strong value if the Gunners can improve defensively over their coming matches.

The winger appears to have secured a regular role.

Pepe has started the last four Gameweeks for Arsenal, having featured off the bench in Arteta's first two fixtures.

His seven chances created are more than any team-mate over Gameweeks 21 to 24, while his seven shots are joint-top.

Pepe sits in just 2.4 per cent of squads ahead of the Gunners' visit to Burnley in Gameweek 25.

The Gabon international is Arsenal's standout option in FPL and will be a major captaincy contender in the coming Gameweeks.

Aubameyang has scored in three of his four appearances under Arteta, netting against AFC Bournemouth, Chelsea and Crystal Palace.

However, after his sending-off at Selhurst Park, he has missed the last two Gameweeks through suspension.

Aubameyang has dropped to just 13.6 per cent ownership but will now be available for the north Londoners' trip to Turf Moor.

Having played just 20 minutes off the bench in Arteta's first four matches, the Brazilian remains a somewhat risky pick.

Yet having scored in back-to-back Gameweeks against Sheffield United and Chelsea in Aubameyang's absence, Martinelli has strengthened his claim for starts ahead of Alexandre Lacazette (£9.3m).

Over 45,000 Fantasy managers have bought the young forward for Gameweek 25.

But those who are considering following suit should wait for Arteta's line-up against Burnley before investing.

If Martinelli earns another start, he could offer huge value over the next few matches.