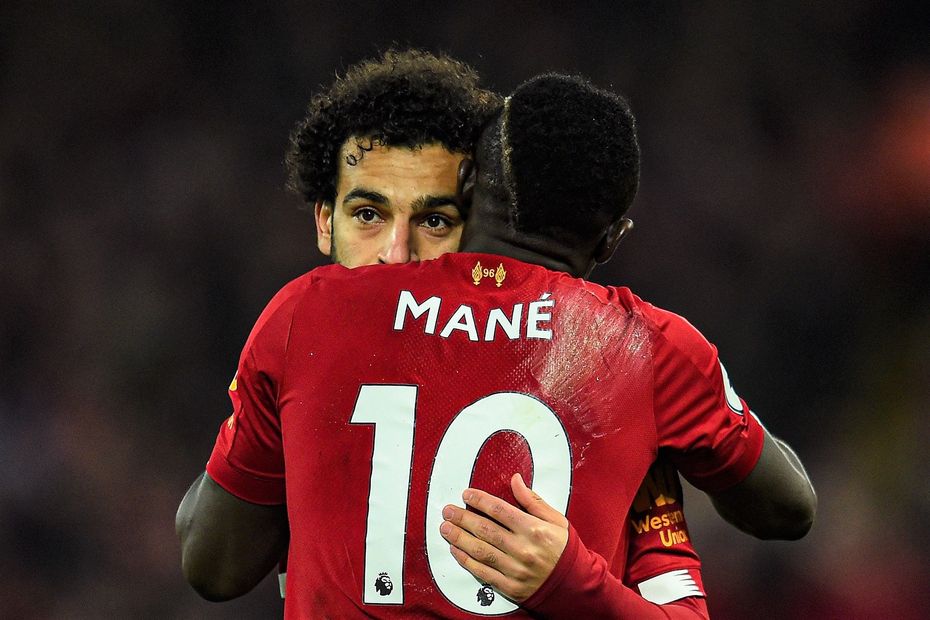 The first Double Gameweek of 2019/20 Fantasy Premier League gives managers a chance to play their Triple Captain chip on big-hitters such as Sadio Mane and Mohamed Salah (both £12.4m).

Liverpool are among the two sides to play twice in Gameweek 24, visiting Wolverhampton Wanderers and West Ham United.

Playing the Triple Captain chip allows you to gain three times a player's points. And as their top-scoring players in FPL, Mane and Salah will be favoured by many managers.

Both have averaged 7.0 points per match this term and are capable of huge hauls. They have six and five double-figure returns respectively.

However, it is Trent Alexander-Arnold (£7.5m) and Roberto Firmino (£9.4m) who have been Liverpool's best FPL performers in away matches.

They have each produced 67 points on the road, compared with the 58 of Mane and the 41 of Salah.

Double up in defence?

And Virgil van Dijk (£6.4m) and Andrew Robertson (£7.0m) provide further options for those who prefer the Reds' defensive options to their attacking assets.

Firmino, meanwhile, has been the club's top scorer away from home, scoring all seven of his goals on the road.

Managers seeking alternatives may consider West Ham, the other side who will play twice.

The Hammers travel to Leicester City before their home match with the Reds.

Sebastien Haller (£7.0m) has been their leading threat since the arrival of David Moyes as manager in Gameweek 21.

The Frenchman's nine shots in the box since that point have been bettered by just six other players in FPL.

Sergio Aguero (£11.9m) and Jamie Vardy (£10.1m) are among the few single-Gameweek players who are capable of outscoring the Double Gameweek options.

Aguero has 41 points in his last three matches ahead of Manchester City's visit to Sheffield United.

Leicester's Vardy is FPL's top-scoring forward thanks to six double-figure hauls in his 21 Gameweek appearances.

Chuck Booth (@ChuckBoothSport): It's Triple Captain time and, with the gap between games, I believe that both Salah and Mane will play all 180 minutes in Liverpool's fixtures. I'm going with Salah for my Triple Captain solely due to penalties and him lining up as a forward. Every little helps in chasing a Triple-Captain haul to turn around the season. The only other enticing option for me is Alexander-Arnold, with clean sheets becoming automatic for the Reds.

Holly Shand (@FFCommunity_): I'm in an enviable position, with Salah, Mane and Alexander-Arnold in my side. I'm putting my faith in the attacking players and Mane is likely to get the nod given his superior record away from home.

Lee Bonfield (@FPLFamily): I honestly don't think there's a right or wrong answer for the captaincy this week, as long as you pick one of the Liverpool boys of course! I could make a case for any one of them with Salah's recent underlying stats, Firmino's away goal threat, and seven clean sheets for the defenders. I'll be going for Mane, though, an all-rounder and arguably the best player in the league so far this season. And I'll be Triple Captaining!

Ben Crabtree (@FC_CrabDogg): With no Liverpool players allowed in my team and West Ham uninspiring, I'm looking to Son Heung-min (£9.9m) to regain the form he was showing before his suspension.

Mark McGettigan (@FPLGeneral): Don't overthink the captaincy this week. Go with your gut instinct. I own both Salah and Mane. It's Triple Captain Mane for me.

Ben McNair (@drbenmcnair): I'm no authority on playing the Triple Captain chip, having butchered it for the past few seasons, but I'll be handing it to Salah. I can't see there being a better player with a lower threat of rotation in a Double Gameweek this season.

Paul Gee (@FPLPaulGee): At first I was thinking Mane. However, due to Liverpool's growing number of clean sheets, I'm really tempted by Alexander-Arnold, especially given his attacking abilities.