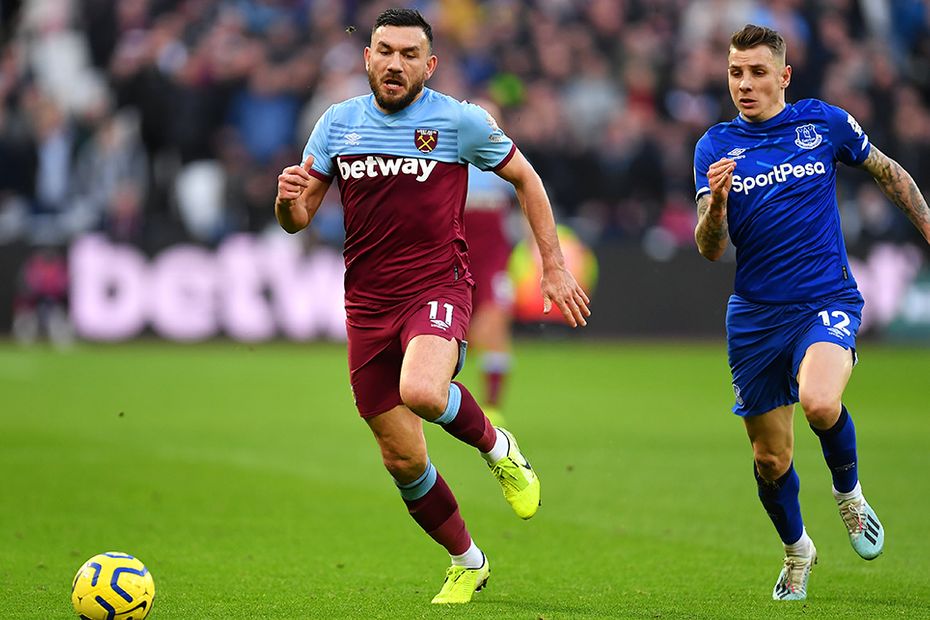 Darren Randolph: It felt like I hadn't been away External Link
GW24 Ones to watch: Away form enhances Firmino appeal
FPL Show Ep 24: GW24 captain picks

The Hammers are among the two sides to play twice in Gameweek 24, visiting Leicester City before entertaining Liverpool.

Costing only £5.2m, Snodgrass has made an instant impact since David Moyes took charge of the Hammers.

He has started two of the new manager's first three matches, supplying an assist on both occasions.

Snodgrass is among The Scout's four Differentials ahead of Tuesday's 18:30 GMT deadline.

The West Ham midfielder could be a cut-price success over their next two matches.

Snodgrass has provided 11 points across his two starts for Moyes.

He supplied an assist in a 4-0 win over AFC Bournemouth in Gameweek 21 and then delivered the cross when Issa Diop (£4.4m) scored in Saturday's 1-1 draw with Everton.

When selected, he has been involved in 40 per cent of their goals this season.

The Everton centre-back has been a success at both ends of the pitch since Carlo Ancelotti was appointed manager in Gameweek 19.

Holgate has contributed to a clean sheet in both of his home matches under the Italian, against Burnley and Brighton & Hove Albion.

He also claimed the assist as Dominic Calvert-Lewin (£6.0m) scored at West Ham on Saturday afternoon.

Indeed, he has averaged 4.8 points per match for Ancelotti ahead of a home encounter with Newcastle United.

The midfielder has been a major influence in Manchester United's recent home matches.

Mata recorded two assists against Norwich City in Gameweek 22, then scored the decisive goal in a 1-0 win over Wolverhampton Wanderers in the FA Cup.

Having been benched for the Red Devils' trip to Liverpool on Sunday, the Spaniard will be pushing for a return to the starting XI against Burnley.

The Clarets visit Old Trafford having struggled away from home this season. Sean Dyche's side have only two wins and two clean sheets in 11 matches.

The forward has been Brighton's main goal threat in recent matches.

Maupay has had 11 shots in the last four Gameweeks, more than any team-mate.

And his two assists in that period further enhance his appeal ahead of a visit to AFC Bournemouth.

The Cherries have struggled for form in recent matches, losing 10 and drawing one of their last 12.