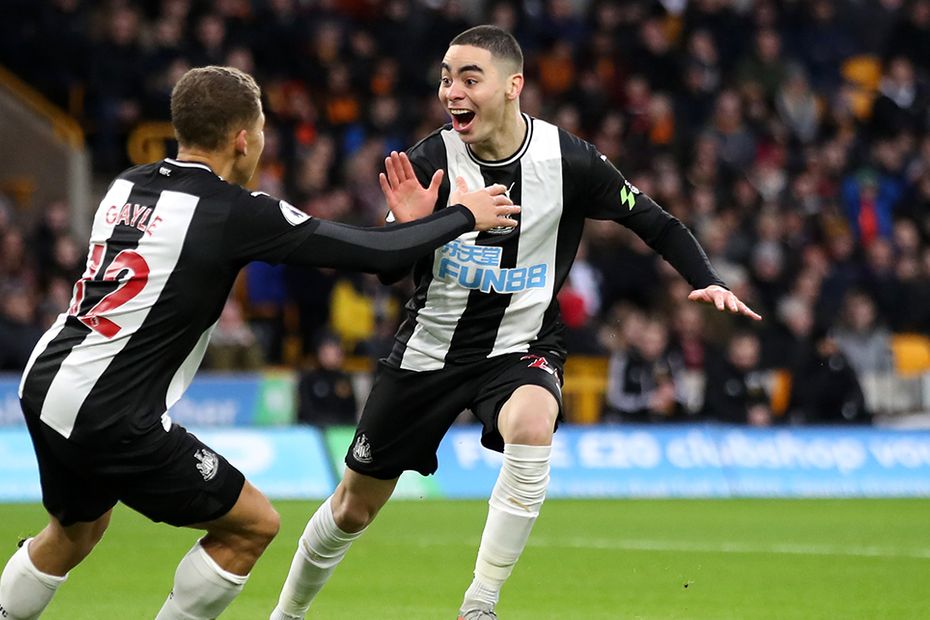 The Newcastle United midfielder is owned by only 0.5 per cent of managers for his home match with Chelsea.

All four of his goals this season have come in his last seven matches in all competitions.

He scored the decisive effort in a 1-0 win over Crystal Palace in Gameweek 18, collecting 10 FPL points.

The Paraguayan then netted his side's opener in last weekend's 1-1 draw at Wolverhampton Wanderers to claim eight points.

And he has also scored in both of the Magpies' FA Cup ties against Rochdale in the last fortnight.

His totals of 11 shots and nine shots in the box in the last five Gameweeks both rank joint-fifth among FPL midfielders.

Chelsea visit St James' Park having struggled defensively on their travels this season.

Frank Lampard's side have managed just a single clean sheet in 11 away matches.

Almiron can take advantage of those frailties to continue his run of goals for the Magpies.