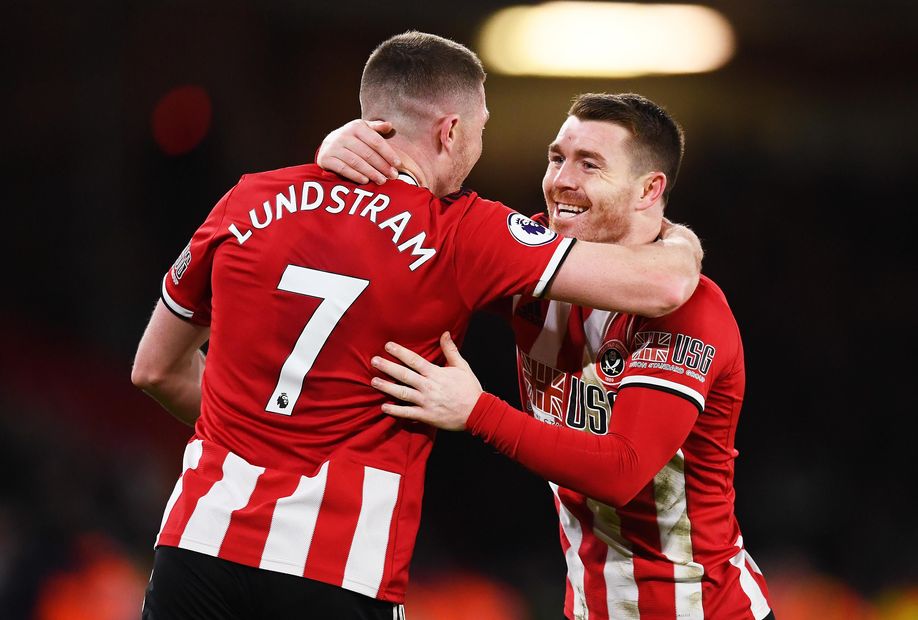 The two highest points scorers of Gameweek 17 so far will both not feature in Fantasy Premier League next weekend.

John Fleck (£4.9m) continued his excellent home form for Sheffield United by scoring both goals in a 2-0 win over Aston Villa.

The Scot has four goals, one assist and 39 points in his last four appearances at Bramall Lane.

But having picked up his fifth booking of the season, Fleck will serve a one-match ban against Brighton & Hove Albion next weekend.

John Lundstram (£5.1m) assisted one of Fleck's goals and also kept a clean sheet, which helped him to his fourth double-digit haul of 2019/20.

Lundstram is now the top-scoring defender in FPL on 89 points, and he avoided a booking that would also have ruled him out of Gameweek 18.

Out of the 23 players on four yellow cards heading into this match round, Ryan Fredericks (£4.5m) was the only other to pick up his fifth on Saturday.

Mohamed Salah (£12.2m) is currently the top-scoring player in the Gameweek with 16 points and a second successive double-figure haul.

Playing as Liverpool’s lone striker at home to Watford, he scored twice in a 2-0 victory to move into second spot among FPL midfielders.

However, interest in Jurgen Klopp’s key players should be put on hold for now.

Along with West Ham United, Liverpool have a blank Gameweek 18 due to the FIFA Club World Cup.

But the good news for many FPL managers is that Liverpool's defence appears to be back.

Having recorded only two clean sheets in the first 15 Gameweeks, the Merseysiders now have back-to-back shutouts.

Andrew Robertson (£7.1m) missed out on defensive returns, however. He came off the bench midway through the second half and fell short of the 60 minutes required for a clean sheet.

There were more clean sheets on Saturday than there were in the whole of Gameweek 16.

The Cherries’ Aaron Ramsdale (£4.6m) is now joint-top among goalkeepers for FPL points after their 1-0 win at Chelsea.

The trio scored one goal apiece and were also rewarded with the maximum three bonus points.

Pukki has stepped up his output for the festive period.

The Norwich City striker opened the scoring in their 1-1 draw at Leicester City. He has three goals and an assist in the last five Gameweeks, blanking on just one of those occasions.

However, Jamie Vardy’s (£10.1m) 51.7 per cent ownership were left frustrated after his eight-match scoring run came to an end against the Canaries.

The most-captained player in Gameweek 17, Vardy earned the assist for Tim Krul's (£4.5m) own-goal at the King Power Stadium.