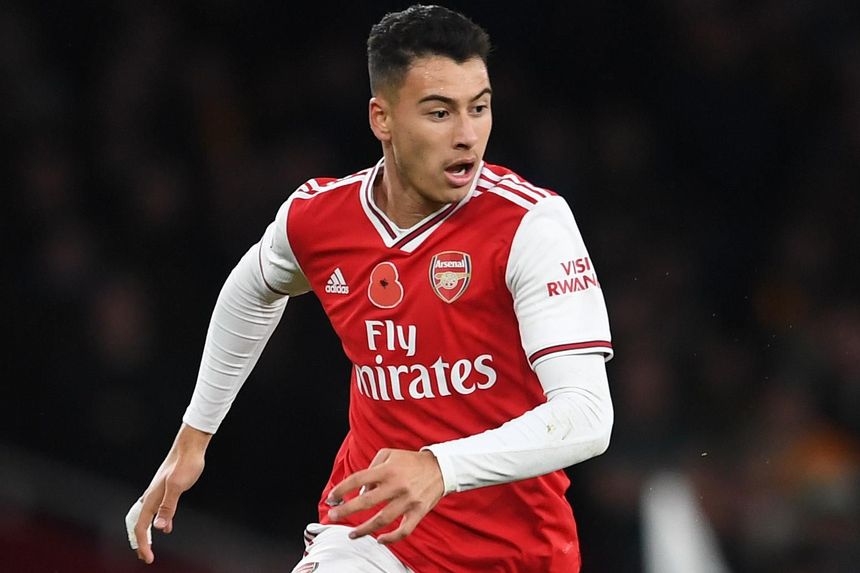 'Martinelli has no fear... he goes and he goes' External Link

Arsenal will be pinning their hopes of a home win against Manchester City on the raw talent and unpredictability of Gabriel Martinelli.

Scoring eight goals in 757 minutes of action in all competitions this term, at a rate of one every 94.6 minutes, the rookie Brazilian has proven to be a lethal finisher.

Dispatching a range of clinical strikes, including well-executed headers, the 18-year-old has displayed outstanding technique in front of goal.

In a contest where chances are likely to be at a premium for the hosts, Martinelli's sharpness and ice-cold nature inside the penalty area may prove to be a real asset.

Likely to drive inside from the left of a three-pronged attack, the summer signing needs to be closely monitored by Pep Guardiola's men.

In addition to carrying a goal threat, Martinelli is also a lively presence in general play.

He set up Alexandre Lacazette for an equaliser in the 2-2 draw against Southampton with a delightful run and cross down the left flank.

And the 18-year-old’s all-action style also ensures he gets plenty of touches inside the opposition box.

Although the majority of his appearances have come in the UEFA Europa League and EFL Cup against slightly weaker opponents, there is no doubting the South American's influence.

Bringing energy and an increased goal threat, the Gunners have scored once every 30 minutes with Martinelli on the pitch.

Without him the side has averaged one goal every 64 minutes.

Arsenal with and without Martinelli

A potential forward line of Martinelli, Pierre-Emerick Aubameyang and Nicolas Pepe is tailor-made to surge into open spaces on the break.

So on Sunday the Gunners should place greater emphasis on pressing.

It is a tactic that comes with risk because Man City boast enough quality to slickly move the ball through the thirds, but alternative strategies seem less appealing.

With confidence so fragile in front of their own fans it makes little sense to try and outpass City at Emirates Stadium.

The absence of Arsenal's chief distributor Granit Xhaka, due to concussion, also adds weight to that argument.

With both first-choice full-backs likely to be sidelined and the back four lacking cohesion, Arsenal do not look robust enough to absorb prolonged periods of pressure either.

This means a low defensive block would be just as much of a gamble.

So playing with aggression in midfield areas and in the final third may the best way to unsettle the defending champions.

Ljungberg's game plan should be to counter-press as soon as City approach the halfway line with the aim of springing transitions that free up Pepe, Martinelli and Aubameyang.

City are overwhelming favourites to claim a fifth straight win over Arsenal, who were largely outplayed by Brighton & Hove Albion, Southampton and Wolverhampton Wanderers in their three previous home encounters.

Those three teams managed 65 shots in total against the north London club, who fired off just 34 efforts across the three matches by comparison.

So raising the decibel levels of the home fans with an energetic game plan that plays to the strengths of their key assets up front looks a risk worth taking.