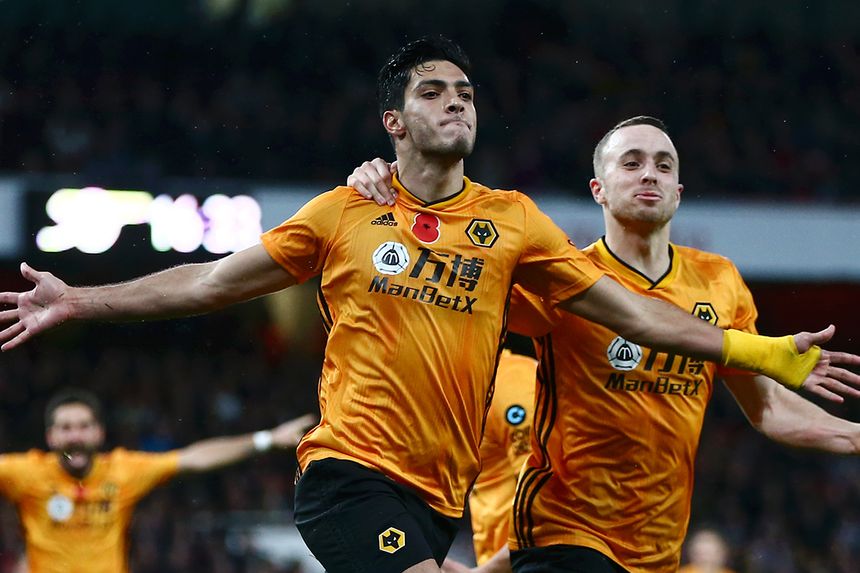 The prolific form of Jamie Vardy (£9.6m) and Tammy Abraham (£8.0m) has helped shape the transfer plans of FPL managers.

Vardy is the top-scoring player in the game on 92 points, thanks to his 11 goals and three assists.

Starting at a price of £9.0m, the Leicester City striker now resides in 35.4 per cent of squads.

Abraham is also outscoring his premium rivals and sits second among FPL forwards on 81 points.

Initially costing just £7.0m, his 10 goals and two assists have helped him to secure a regular role for Chelsea under Frank Lampard.

That output has earned Abraham a spot in 50.6 per cent of squads, making him the most popular player in FPL.

Meanwhile, the recent output of Raul Jimenez (£7.3m) suggests he could be the next must-have frontman.

The Wolverhampton Wanderers forward has scored three of his five goals for the season and supplied both of his assists in the last five Gameweeks.

Mark McGettigan (@FPLGeneral): I invested heavily in defence and midfield in Gameweek 1 and have avoided the premium strikers up to this point. With a front three of Vardy, Abraham and Jimenez now, I don't see myself forking out £10.0m+ for a forward any time soon.

Ash (@FPLHints): Despite premium forwards like Harry Kane (£10.8m) and Sergio Aguero (£12.0m) not scoring as much of late, having three forwards has been important in recent Gameweeks, as seen with goals from Abraham, Vardy and Jimenez.

Holly Shand (@FFCommunity_): I’ve been really surprised by how poor the premium forwards have been recently. It’s all been about the mid-priced assets here, with the emerging template of Vardy, Abraham and Jimenez looking like a priority. Jimenez is high on my watchlist to complete the trio.

Sam Bonfield (@FPLFamily): This season for me has been all about the death of the premium strikers. While Kane, Aguero and Pierre-Emerick Aubameyang (£11.0m) have had good attacking returns, they don’t offer the same goals-per million-returns of players such as Vardy, Abraham and Danny Ings (£6.0m). For me, this is a great position to spend the budget economically and achieve greater points returns for your money.

Lee Bonfield (@FPLFamily): I went into this season completely prepared to lose that third striker spot, possibly for the whole year. I invested in big defenders and had a couple of premium midfielders, so there simply wasn’t the budget to have three decent strikers. But the emergence of Teemu Pukki (£6.7m) early on and now Abraham means you can have that forward line you’ve always wanted!

Neal Thurman (@nealjthurman): I’ve opted out of the high-end forward options with a steady drumbeat of Abraham, Vardy and Callum Wilson (£7.8m), who have been just as productive, if not more so, than their higher-priced colleagues.

Chuck Booth (@ChuckBoothSport): The forward line is where my strategy has changed the most from the beginning of the season. I had three premium forwards at the start but have now transitioned to Aubameyang, Marcus Rashford (£8.6m) and Aaron Connolly (£4.7m) as so much value has shifted to midfield. Moving forward it will be interesting to see if the pendulum swings back to the premium options, but so far the forwards priced £9.0m and under have held their own.