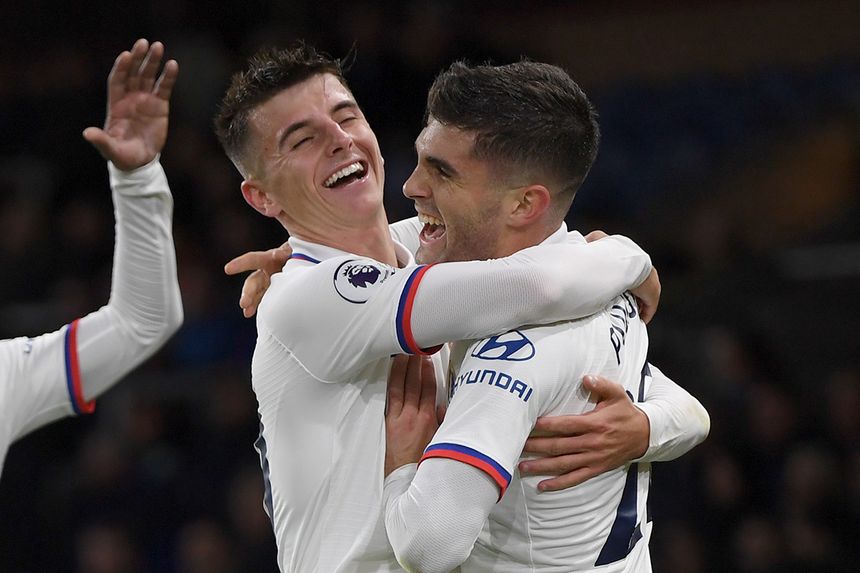 Chelsea's strong start to the season under Frank Lampard has been a big help to FPL managers.

Mason Mount (£6.8m) has emerged as a major success in his debut Premier League campaign.

Team-mate Christian Pulisic (£7.4m) has also caught the eye. The US international has netted five goals and 37 points in the last three Gameweeks.

Mount and Pulisic's value for money comes at a time when Mohamed Salah (£12.3m) of Liverpool and Manchester City's Raheem Sterling (£12.0m) have yet to hit top form in FPL.

Salah and Sterling were the most expensive midfielders at the start of 2019/20 costing £12.5m and £12.0m respectively.

Indeed, with seven of the 11 top-scoring midfielders costing under £8.0m, the experts have their say on the value on offer.

Sam Bonfield (@FPLFamily): Salah and Sterling just haven't yet lived up to expectations, with Mane and De Bruyne offering cheaper alternatives and higher points returns. It's the mid-price bracket in terms of midfielders that's so exciting. There are so many great options such as Pulisic, Mount, James Maddison (£7.5m), Youri Tielemans (£6.6m) and Bernardo Silva (£7.9m).

Lee Bonfield (@FPLFamily): In previous seasons, I've always picked a couple of premium midfielders, a real cheap one and then two mid-priced options. I've largely stuck to that plan this year, with Liverpool and Man City assets as my premiums. I'm slowly learning, though, that maybe one is enough. There's so much value to be had at Chelsea and Leicester City that you don't have to burn that fifth slot.

Holly Shand (@FFCommunity_): Midfielders have used most of my Fantasy budget this season, with three premiums over the last few weeks. The budget bracket has become deep. Mount has been great for me, but the Leicester players are quickly catching and vying for my attention.

Ben Crabtree (@FC_CrabDogg): There are plenty of options and a lot of temptation to move for last week's high scorers, but giving your picks around five Gameweeks might be best to ensure the most points. Perhaps have one midfield slot you rotate more often.

Neal Thurman (@nealjthurman): I'm all in on the Chelsea revolution with Mount and Pulisic both cost-effective midfield options to enable Salah, De Bruyne and a solid bench option.

FPL General (@FPLGeneral): I backed Salah and Sterling for the first quarter of the season but that's changing now. Salah is gone and Sterling will follow him out of my team ahead of Gameweek 13. Mane and De Bruyne are the two I favour now with more cash spread around the squad. The fourth, or fifth, midfield spot is great as there are so many options such as Anthony Martial (£7.7m), Maddison, Tielemans, Mount, Pulisic and plenty more.

Chuck Booth (@ChuckBoothSport): Midfield has been tricky this season as it's a position where there truly are more options than you could possibly fit into a team. Mount, John McGinn (£5.8m) and Pascal Gross (£6.4m) are strong budget candidates. Moving forward, I'm investing in the Manchester United attack while seeing if Tottenham Hotspur and Arsenal can improve their form so that Son Heung-min (£9.6m) and Nicolas Pepe (£9.2m) can become the FPL options we expected them to be.