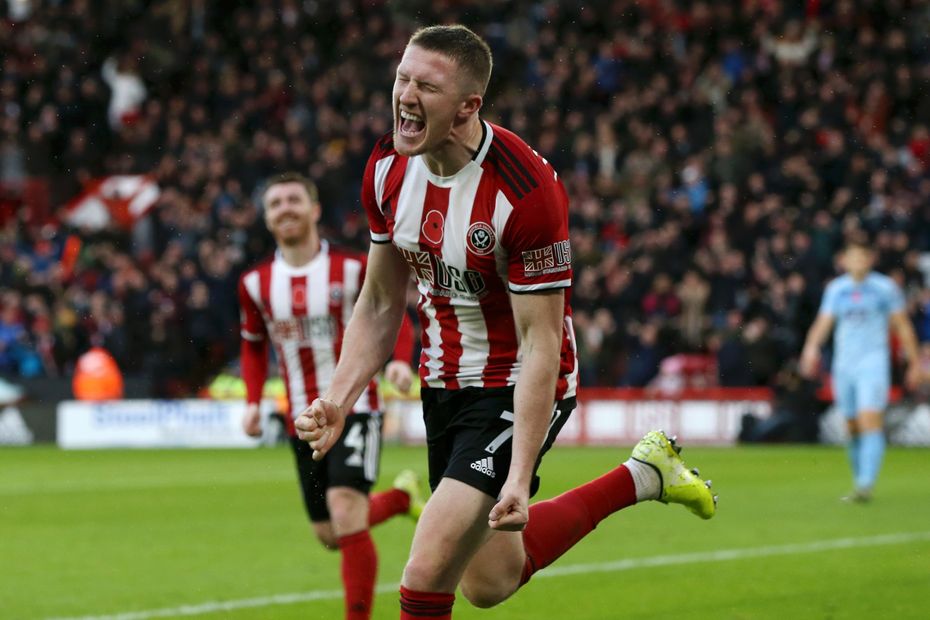 There is no doubt that John Lundstram (£4.9m) has been the standout pick in defence in FPL this season.

The Sheffield United man is the top-scoring defender on 70 points thanks to his role in midfield.

However, he is not the only cut-price defender the experts have turned to.

The emergence of Fikayo Tomori (£4.8m) and Caglar Soyuncu (£4.9m) as first-team regulars at Chelsea and Leicester City respectively has also been a big influence.

Tomori has started every match since Gameweek 4, while Soyuncu has been ever-present since Harry Maguire (£5.3m) moved to Manchester United.

Bringing in such budget-friendly options has allowed the experts to retain one or two premium players in defence.

Holly Shand (@FFCommunity_) The extreme ends of the budget have seen most success, with the likes of Lundstram, Andrew Robertson (£7.0m) and Trent Alexander-Arnold (£7.2m) topping the charts. It's possible to fill your defence with assets under £5.0m from in-form clubs like Sheffield United, Chelsea and Leicester.

Lee Bonfield (@FPLFamily) I started big at the back, then went cheap, and now I'm thinking about going big again! I think in reality a balance somewhere between the two is where I want to be. Alexander-Arnold has been, and will continue to be, a mainstay but whom I pair him with is up for grabs. A Liverpool double-up is back on the cards.

Ben Crabtree (@FC_CrabDogg): I'm surprised by the number of great value defenders this year. Tomori and Diego Rico (£4.3m) were priced as non-starters for their respective sides but have produced good or excellent totals so far.

Sam Bonfield (@FPLFamily): In most previous seasons, big at the back has been the way to play the game. But this term it's a whole new strategy. I've gone for three at the back, a shift from my preferred four-man defence, with one premium player (Alexander-Arnold) and four cheaper options (Tomori, Rico, Soyuncu and of course Lundstram). With Liverpool’s nice fixtures there's definitely scope for the double-up with Robertson and Alexander-Arnold, but it's very hard to overlook these cheap enablers who also keep bringing in hauls.

Neal Thurman (@nealjthurman): I've reduced my spending at the back significantly over the course of the season as cheaper and more productive alternatives to Robertson, Alexander-Arnold and Lucas Digne (£5.9m) have emerged. In addition to Fantasy hero Lundstram, Rico and Soyuncu are filling out a productive budget backline for me.

Paul Gee (@FPLPaulGee): With injury concerns over Mohamed Salah (£12.3m) and considering Liverpool's great fixtures, it's probably wise to double up on the Reds' defence. Sheffield United and Leicester also have good fixtures, allowing Lundstram and Soyuncu to continue their excellent form.

Ash (@FPLHints): At the start of last season there was an abundance of clean sheets and attacking returns for defenders. But it's been the opposite this time around and it's been a good ride for owners of the budget-priced defenders such as Lundstram and Soyuncu.

Mark McGettigan (@FPLGeneral): I started the campaign heavy in defence with Alexander-Arnold, Robertson, Digne, Oleksandr Zinchenko (£5.2m) and Lundstram. With great value options like Rico and Tomori emerging, I've gradually taken money out of defence. But Alexander-Arnold and Robertson have remained and will do so for the next five Gameweeks at least.