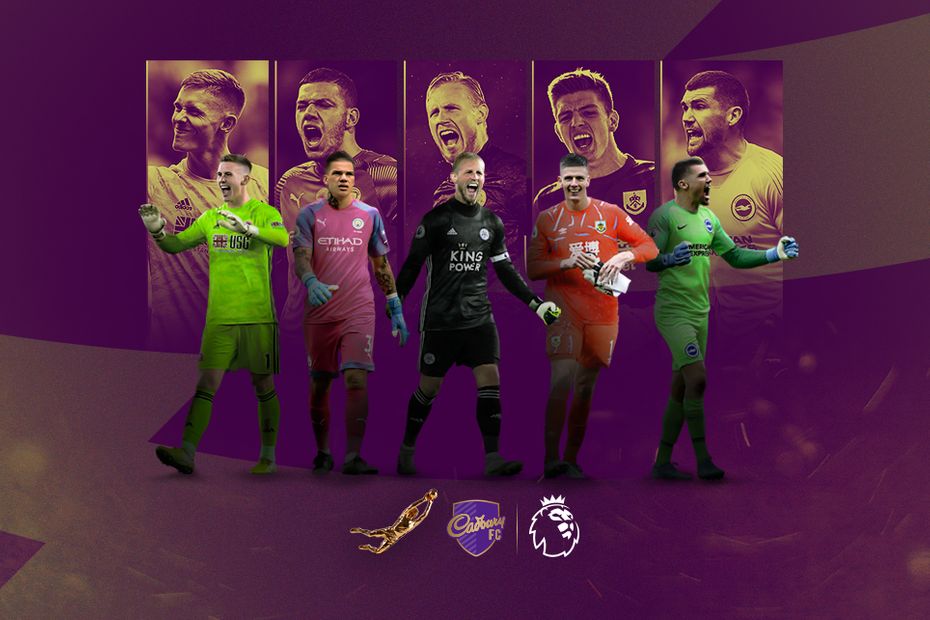 Dean Henderson, Ederson and Kasper Schmeichel have kept five clean sheets apiece, with Nick Pope and Mat Ryan one behind.

None of the leading candidates has won the award.

Henderson is the surprise pacesetter, rising to the top with three shutouts in his last five matches.

The goalkeeper, on loan from Manchester United, could be the first to win the award playing for a promoted club.

But, while Sheffield United have perhaps the best short-term fixtures of the top five contenders, Henderson will miss Matchweek 13 because he cannot play at home against his parent club.

So Ederson and Schmeichel may have the chance to edge ahead next weekend.

The Manchester City goalkeeper kept two clean sheets in three matches before missing the 3-1 defeat to Liverpool. Ederson, who lost out on the award to Alisson on the final day of last season, will hope to return from injury against Chelsea.

Schmeichel is the man in form with three shutouts in a row.

Burnley's Pope and Brighton's Ryan both have just one clean sheet in four appearances, and the latter is about to play Leicester, Liverpool and Arsenal.