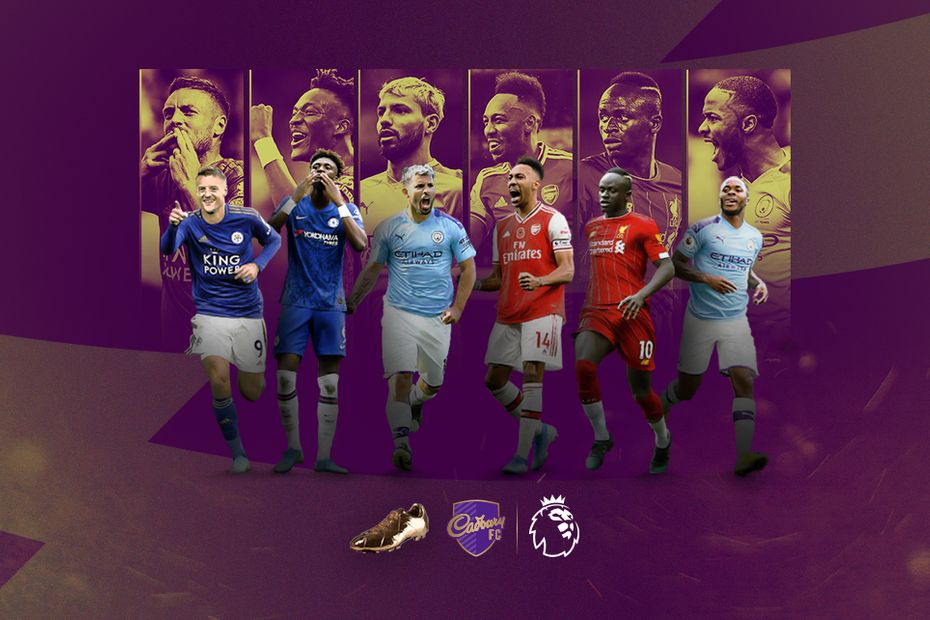 Who of Abraham, Aguero, Aubameyang, Sterling or Mane catch Leicester striker? We analyse the top six contenders for award

There could be a first-time winner of the Golden Boot in May.

Two players who have never finished a season as the Premier League's top scorer are the frontrunners in the 2019/20 race.

Jamie Vardy leads with 11 goals. One more in his next match, at Brighton & Hove Albion, would put him halfway to equalling his best campaign of 2015/16 when his 24 goals fired Leicester City to the title.

He was denied the Golden Boot that season by Harry Kane but this time Tammy Abraham heads the chasing pack trying to stop him.

The Chelsea striker is one goal behind and faces a trip to Manchester City in Matchweek 13.

He could come head-to-head at Etihad Stadium with another contender in Sergio Aguero, who won the prize in 2014/15 with 26 goals. The Argentinian has the best minutes-per-goal record of this season's top six scorers.

Joint-winner of last season's prize, Arsenal's Pierre-Emerick Aubameyang, is three goals behind but next up he can look forward to facing a Southampton side who have conceded more goals than any other team.

Sadio Mane also shared the 2018/19 award and he staked his claims to lift it again with a goal in Liverpool's 3-1 win over Man City, to go level with Raheem Sterling.

Two-time winners Mohamed Salah and Kane are among four players still in contention on six goals, so do not discount them yet.

How contenders scored their goals*