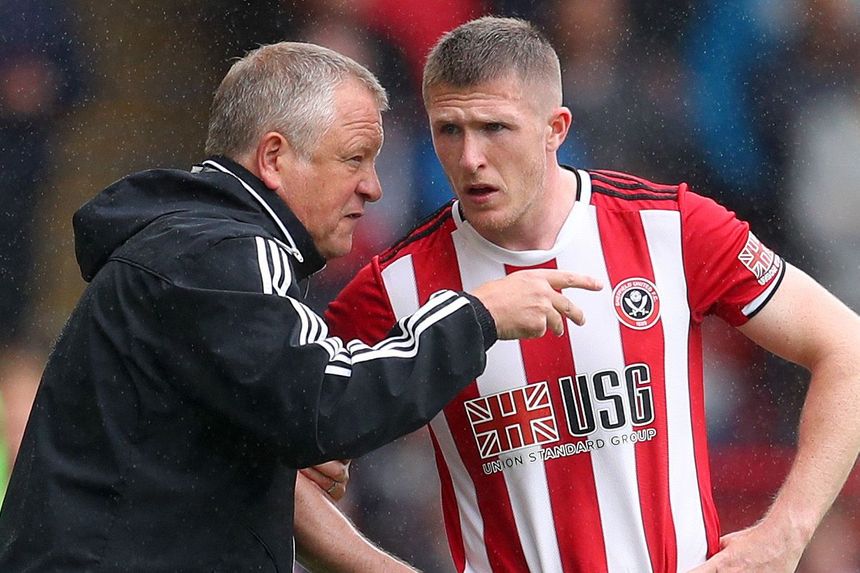 Sheffield United have adjusted brilliantly to life in the Premier League and head into next Sunday's contest at home to Manchester United with confidence high.

Chris Wilder has guided his promotion-winning side to fifth spot with a 3-5-2 system which has been implemented in near-perfect fashion.

He also has eight players to have featured in all 12 Premier League matches this season during which the Blades have conceded nine goals.

Only Leicester City, with eight goals, have let in fewer goals in 2019/20.

Home or away, with and without the ball, Wilder's men have a clear and consistent identity, and it is one that opponents have found awkward to face.

They have adapted to the competition seamlessly, but even the manager himself must be pleasantly surprised at just how well this season has gone.

From an individual perspective few could have expected central midfielder John Lundstram to take the Premier League by storm in the way he has.

The former Everton and Oxford United man only started five Championship matches for the Blades last term, but has been an outstanding ever-present in the top flight.

Lundstram has quality in abundance but his standout feature is his sheer running power.

Out of possession he shuts down space superbly with an exceptional work ethic and when the Blades break forward he comes alive.

His regular forays into the opposition penalty area have paid off richly and he has scored three goals from 15 attempts, the most shots recorded by a Blades player.

And when he makes those lung-busting attacking bursts, the 25-year-old's markers find it tough to keep pace.

His top speed of 36.4km/hr is the quickest by a United player while his 11.5km average covered per 90 minutes is the best at the club.

But for an injury that forced him to miss two fixtures, John Fleck may well have featured in every contest too.

Keeping his front men fresh and hungry is an interesting ploy.

With each of Wilder's regulars fully in sync with one another and clear about what their own job entails, Sheff Utd are unsurprisingly cohesive.

Out of possession the Blades certainly know how to shrink space with their coordinated pressing and they block up holes extremely well too.

This has helped protect Henderson superbly; only three other goalkeepers in the division have faced fewer shots on target this season.

Ahead of 2019/20, the overlapping runs of their central defenders was a key feature for the Blades, but Wilder has reined in those eye-catching forward ventures.

Although still willing and capable of making the occasional burst, Chris Basham and Jack O’Connell have only made eight open-play crosses apiece.

It is a small tweak that has minimised risks.

Wilder has expertly constructed a side in which each player seems to dovetail perfectly with the next.

As a consequence, the Blades play with real belief and harmony.

The big challenge will come when key players are lost to injury or suspension.

In the meantime, however, expect Sheff Utd to remain as difficult to beat as they have been so far.