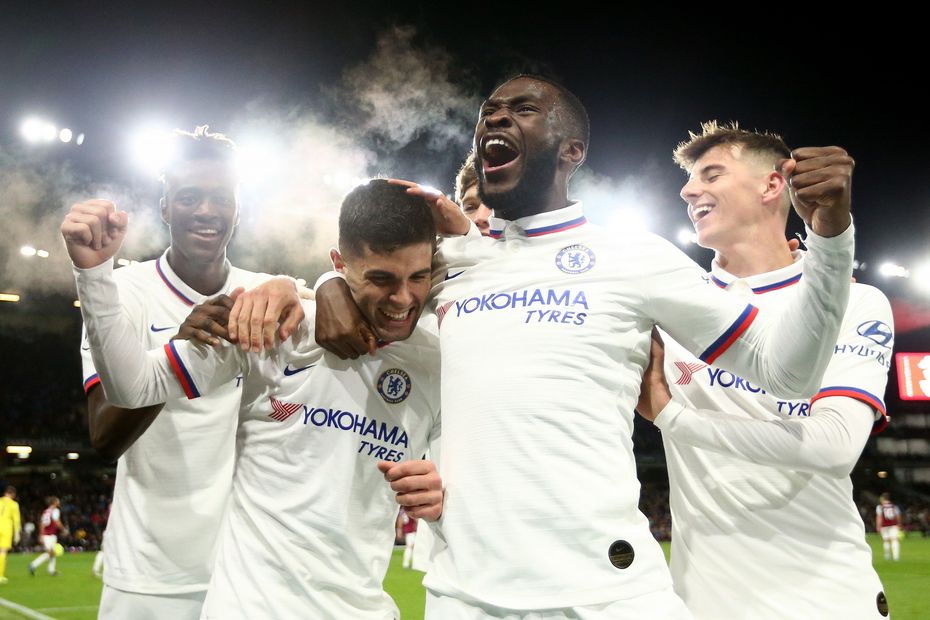 Chelsea are reaping the rewards of Frank Lampard’s bravery as they prepare for next weekend’s match against Manchester City.

Lampard inherited a strong squad he did not need to overhaul.

But in his first job as a Premier League manager Lampard still chose to and his bold call has worked wonders.

Five of his 11 most-selected players were not at the club last season, with four on loan elsewhere.

Lampard’s early-season success is all the more impressive given it has been done without their star player of seasons past, Eden Hazard.

Hazard’s 16 goals last season were double that of any team-mate, while his 15 assists were nine more than the next best, Willian.

But despite the Belgian's departure to Real Madrid weakening the attack, Lampard has quickly found a way to replace him.

Lampard had the belief that, as a collective, Tammy Abraham, Mason Mount, Callum Hudson-Odoi and Christian Pulisic could step up.

They have brought fresh energy and made Chelsea a harder team to defend against.

With those four players sharing the load, Chelsea have scored 27 goals in 12 matches, exactly the same amount as this stage last season when they had remained unbeaten.

Pulisic is perhaps the closest in style to Hazard.

The 21-year-old's darting dribbles and clinical finishing have been reminiscent of the two-time Premier League champion.

The United States player is going past an opponent more than three times on average per 90 minutes, with his 20 dribbles completed overall the second-most at Chelsea despite starting only six times.

The style of Mount also helps Chelsea to break the lines.

He is prepared to push himself into the box both with and without the ball and links midfield to attack quite brilliantly under Lampard’s influence.

Aston Villa’s John McGinn is the only Premier League midfielder to have attempted more shots than the 20-year-old.

With four goals, Mount will be eyeing double figures in his debut top-flight campaign.

The stats below show the key roles all four attacking talents have within Lampard’s team.

Abraham’s finishing and all-round play have been exceptional for a 22-year-old. And in just 231 minutes Hudson-Odoi has assisted three goals.

When you consider that Fikayo Tomori, 21, and Reece James, 19, have also become regulars in defence, the future looks bright for Chelsea.

Taking the second-most shots and creating the second-highest number of chances from open play, both behind Man City alone, it is easy to understand why their fans are so excited.

It remains early in their development as a team, but you have to be impressed by Lampard’s new-look Chelsea.