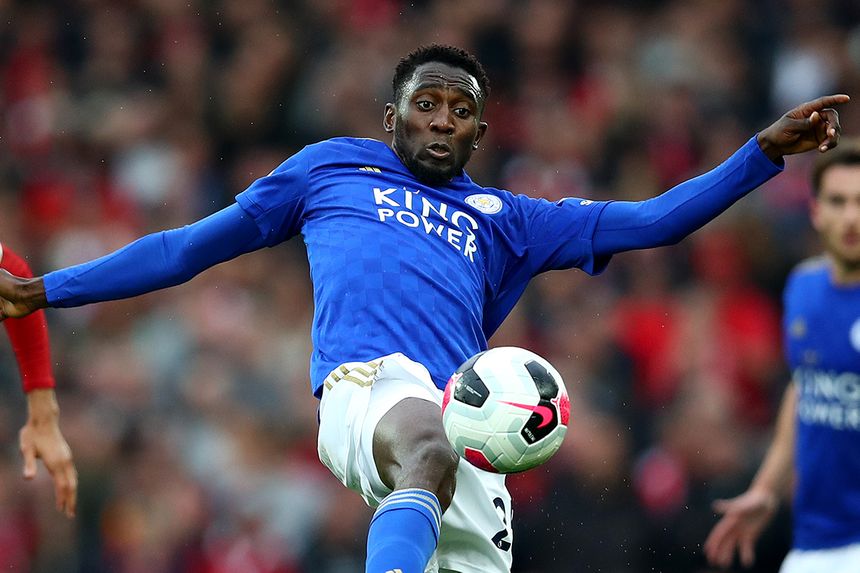 Adrian Clarke on the League's most prolific tackler, who is approaching levels of Foxes' title-winning star

Sitting in second, the Foxes will travel to Brighton & Hove Albion in Matchweek 13 as Liverpool's nearest challengers at the top.

It is the most they have had at this stage of a top-flight campaign, and one more than in their 2015/16 title-winning campaign.

While top scorer Jamie Vardy has grabbed the headlines, just as important to the team has been Wilfred Ndidi.

The defensive midfielder is integral to Leicester and holds their 4-1-4-1 shape together.

Calm on the ball while athletic and defensively intelligent, the 22-year-old has the look of a player who can emulate the success of former Leicester hero N’Golo Kante.

Ndidi still has some way to go to match Kante, who was 24 at the start of Leicester's Premier League Trophy-winning season.

But, when comparing Ndidi's influence for Leicester in 2019/20 with Kante's in 2015/16, the former is outperforming the latter in terms of tackles and duels won.

This is all the more impressive given that Leicester average 57.7 per cent possession this term, way more than the 42.4 per cent of 2015/16.

With more of the ball, Ndidi has less time to win it back.

This season, Ndidi is by some distance the most prolific tackler in the Premier League.

His average of 5.5 tackles per 90 minutes is way ahead of his closest challenger, Aston Villa's Marvelous Nakamba, who averages 4.1.

Always on the move and looking to break up play, Ndidi has also made the most interceptions.

These strengths are invaluable to the way Brendan Rodgers asks his side to play.

Without Ndidi's ball-winning skills, Leicester would not be able to give both full-backs and attacking midfielders such freedom to burst forward.

And while Leicester are no longer a counter-attacking team, the way Ndidi breaks up play ensures they still remain a huge threat from turnovers and transitions.

Whenever Ndidi retrieves possession everyone around him springs into life.

And not only that, he has weighed in with two goals himself this season.

Despite his influence, it is interesting to note that nine Leicester players make more passes per 90 minutes than Ndidi's 49.

He usually comes short to offer himself for a pass, but this is not to act as a deep-lying playmaker.

Instead it makes opponents close him down, which draws their second striker or a midfielder out of position.

Ndidi is often used as a decoy by Leicester, allowing his more creative team-mates to drop into holes around him to collect passes.

Starting all but one of their matches this season, Ndidi is without doubt one of the Foxes' most valuable players.

In the Leicester midfield only Tielemans, with 1,073 minutes, can better Ndidi's 990 minutes played.

If he stays fit, the team's prospects of finishing in the top four, or even pushing for the title, will be greatly improved.