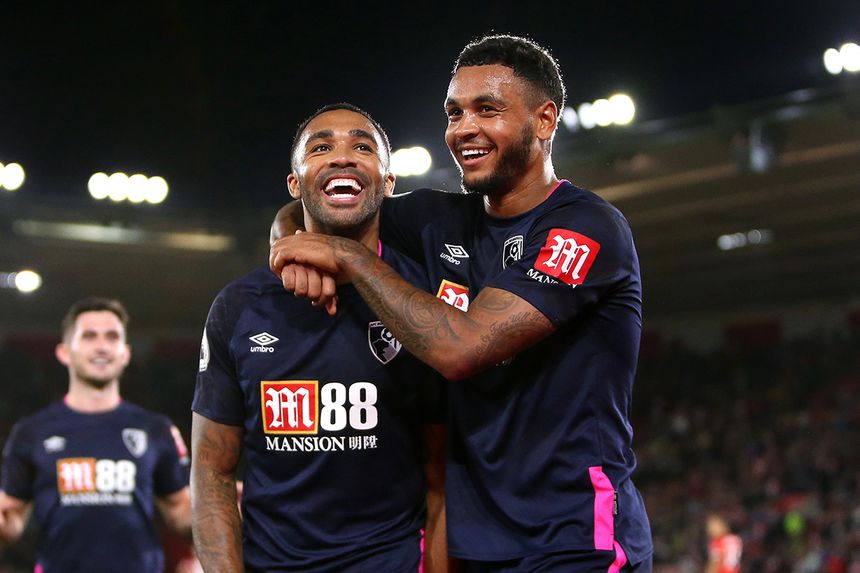 For the first time in almost two years AFC Bournemouth have failed to score in three consecutive Premier League matches.

While two clean sheets in a row is a positive for the Cherries, Eddie Howe will still be eager to end his side’s barren scoring run on Saturday at home to Manchester United.

Creating better opportunities for leading marksman Callum Wilson must be a priority.

He has five goals this season but all were scored by late September. The England international has had only one shot on target from three attempts in his last 254 minutes.

Wide of the mark

AFC Bournemouth were 2018/19 top scorers outside of the teams who finished in the top six last season.

Strong from set-pieces, clinical on the counter-attack, and lethal from crosses sent into the box, the Cherries had a variety of ways of scoring their 56 goals.

So far in 2019/20 they have retained their potency from corners and free-kicks, scoring six of their 13 goals from set-plays, and still look dangerous on the break.

But out wide it is a different story.

Ryan Fraser was one of the stars of the previous campaign, delivering an impressive 58 key passes.

The winger sent 34 successful crosses into the box from open play, the fourth-highest individual total, but he has been below par this term.

Missing the Scot’s influence, as well as that of the injured David Brooks, AFC Bournemouth’s service from the flanks has fallen.

Left-back Diego Rico has enjoyed some promising moments but Fraser, Joshua King and loan signing Harry Wilson have delivered only four accurate crosses between them from open play.

The team who produced the fourth-most accurate crosses in the competition last season need to address this decline.

Callum Wilson is terrific at converting balls flashed across the face of goal but has had precious few opportunities.

Better on the break

If Man Utd dominate possession at Vitality Stadium it will suit the Cherries, who have proven to be dangerous as a counter-attacking side.

Their style has evolved every season since their first in the Premier League, in 2015/16, but the most recent pattern has been to spend less time on the ball.

Interestingly, their best performances during the last couple of months have been in matches where they have sat back and caught their opponents on the break.

Their three Premier League victories this season have all come in contests where they had their least amount of possession.

Man Utd travel to the south coast buoyed by three successive away wins in all competitions at Partizan, Norwich City and Chelsea. They will want to take control of the match.

AFC Bournemouth will be a considerable threat on the counter and from set-pieces, but to claim only a second Premier League win over the Red Devils, Howe’s men will probably need to show a wider range of creativity.

Until they rediscover their form down the flanks it feels like consistent goalscoring will be harder to come by than it was last season.

Part 1: Kabasele helping Watford rebuild from the back
Part 2: Stability the secret of Palace and Leicester success
Part 3: Everton have blueprint in place to beat Spurs