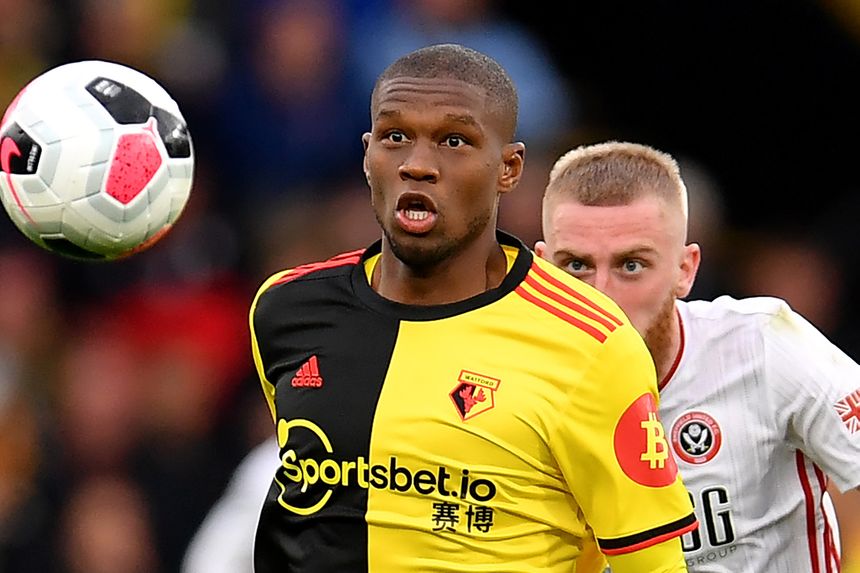 On the evidence of their last three matches Quique Sanchez Flores has successfully plugged the holes in Watford’s leaky defence.

Conceding only once over that time, compared with 20 goals in their opening seven matches, the Hornets have made dramatic improvements in their work off the ball.

Why such a transformation?

Altering Watford’s shape, mindset and philosophy in the most pronounced way possible, Sanchez Flores has performed one of the most distinct tactical revamps in recent memory.

A recall for Kabasele

First of all, the Spaniard’s decision to add an extra defender has shored up the backline.

He has since settled on a 5-3-2, bringing the experienced Christian Kabasele back into his starting XI.

The Belgian has been excellent, and something of a lucky charm.

With Kabasele in the starting line-up this season, Watford have enjoyed significantly better results.

The move to a 5-3-2, with a clear focus on getting 10 or 11 men behind the ball when out of possession, has made the Hornets tougher to break down.

With a more compact team in front of him, Watford goalkeeper Ben Foster has faced 3.3 shots on target during the last three matches.

Prior to that, the season average had been 5.3 efforts per 90.

So the bottom-placed side can approach this weekend’s test against Chelsea boosted by successive clean sheets at Vicarage Road.

Under Gracia Watford had developed into a pretty passing side who were comfortable in possession.

Having tried to build on that style when he took charge for his second stint at the club in Matchweek 5, Sanchez Flores has since ripped up the blueprint and started afresh.

Setting up in a much deeper block, the Hornets now prefer to sacrifice the ball and look to threaten opponents on the counter-attack.

In a matter of weeks Watford's style has changed beyond recognition.

Considering that two of their last three Premier League matches have been at home to Sheffield United and AFC Bournemouth, the statistics below tell the story of a radical change in attitude.

When Chelsea visit on Saturday, Watford will release a lot of long passes into the wide channels for their forwards to chase.

They will try to play a percentage game.

How Watford's style has changed

Watford have scored only five goals this season and have the competition's worst shot-conversion rate of 5.6 per cent.

Injuries to Troy Deeney and Danny Welbeck have not helped, while Andre Gray has struggled for form and netted once.

So during their last two outings, Sanchez Flores has instead used wingers Gerard Deulofeu and Roberto Pereyra as his twin strikeforce.

They boast good skill and movement, but neither is a clinical finisher accustomed to making centre-forward-type runs.

When crosses come into the box they pose less threat than natural strikers, and this has been a problem for the team.

Sanchez Flores did his best to play an attacking brand of football at the outset, but this major tactical shift has not improved them inside the final third.

Spending less time in advanced areas, they have scored only once in the last five matches.

An in-form Chelsea should dominate territory against a more pragmatic Watford side.

They arrive as the most free-scoring away team in the Premier League, too, registering 16 goals on their last four road trips.

So to hold out against the Blues, and provide enough of a goal threat at the other end of the pitch, this new-look Watford side will need to play extremely well to claim a first Premier League victory of the campaign.