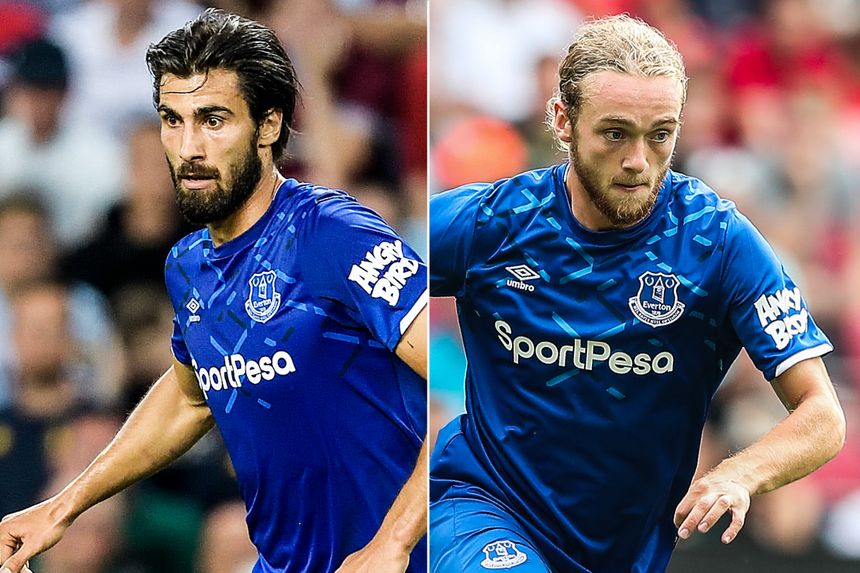 In their last home match Everton produced the perfect blueprint to upset an out-of-sorts Tottenham Hotspur when they visit on Sunday.

In a 2-0 win over West Ham United, Marco Silva's side played at a frenetically high-tempo which unsettled their opponents every time they tried to pass out from the back.

The Toffees also made a conscious effort to burst forward at pace, with plenty of forceful runs made inside the final third.

Against a Spurs side without a win in their last 11 away Premier League matches and beaten in the last three on the road, a repeat of this strong-willed approach by the Blues could pay huge dividends.

Silva likes his teams to press inside the opposition half and in central midfielders Andre Gomes and Tom Davies he has an ideal combination for this energised approach.

Against the Hammers the pair both worked hard to recover possession inside the middle third.

Shifting across towards the wide areas with great energy, they frequently turned the ball over to launch fast transitions for Theo Walcott, Alex Iwobi and Richarlison.

Gomes and Davies combined to make an impressive four interceptions and 28 ball recoveries against West Ham.

Spurs will want to pass through the lines, which will suit Everton down to the ground.

It should also give Silva’s men further encouragement that their opponents have been fragile when pressed this term.

Away from home Spurs have ceded possession in dangerous areas too often, with both Arsenal and Leicester City profiting from turnovers against them.

If the hosts start brightly and play with intensity, they can make it another difficult away day for Mauricio Pochettino's men.

Although their results have been mixed this season, there has been more drive about Everton’s attack of late.

They have produced 16 shots on target across their last two outings, more than double their previous match average.

Walcott has been sharp and could prove a real handful for the Londoners' defence, while down the middle Iwobi’s running power and pace has been a real asset behind lone striker Richarlison.

Silva also has further attacking options such as Dominic Calvert-Lewin, who came off the bench to score at Brighton & Hove Albion last weekend.

Spurs will be fully tested when Richarlison, Walcott or Calvert-Lewin make purposeful runs down the channel.

They have been undone by long-range passes and defence-splitting through-balls for four of the 15 goals conceded in 2019/20.

They have also faced 65 shots on target, second only to Norwich City, which is a damning statistic.

It is not just on the floor that Everton pose a threat, as they will test Spurs in the air too.

Richarlison and Calvert-Lewin are outstanding at attacking headers, and in this department the Toffees are among the strongest sides in the league.

Providing Everton can recapture the combative approach they had against West Ham they have what it takes to enjoy a morale-boosting win on Sunday.

When Silva's side play in at an aggressive, quick tempo that is when we see the very best of them.