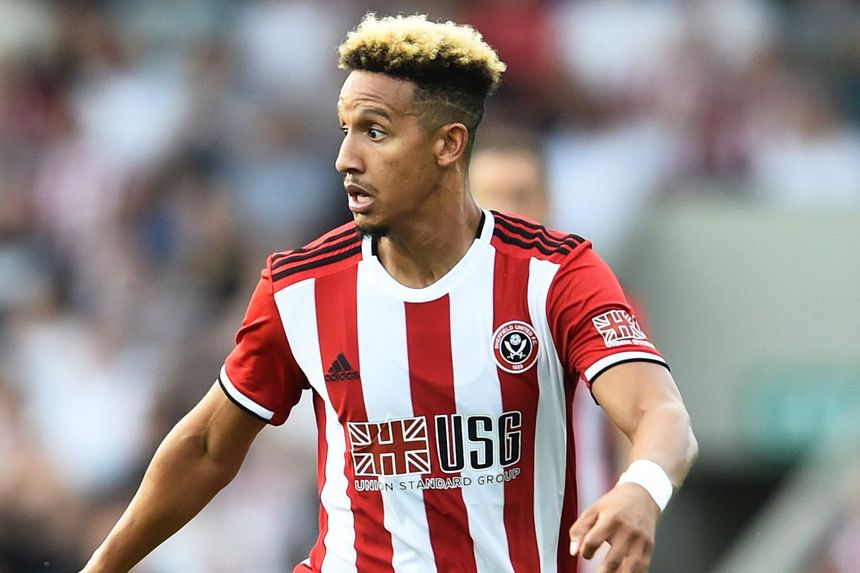 Baldock has belief ahead of Gunners clash External Link

Chris Wilder has pledged to "have a go" against Arsenal on Monday night and it is a policy that can bear fruit for Sheffield United.

The Blades have certainly been bold in their approach to matches this season, and at Bramall Lane have produced 71 crosses, the fourth highest recorded.

Wilder's side are pitted against an Arsenal team who struggle to keep their shape when not in possession, noticeably when they are away from Emirates Stadium.

This has enabled opponents to have more of the ball in the final third. It also explains why Arsenal have faced 81 shots on their travels, the third-highest total behind only Aston Villa's 95 and the 89 of Tottenham Hotspur.

Despite travelling to lowly Watford and Newcastle United in the early weeks, Unai Emery's men still conceded about 20 shots per match.

In Callum Robinson, Sheffield United have a striker to unlock an Arsenal defence who have conceded 11 goals.

Most shots faced away

Robinson has scored only once this season but is capable of causing problems.

The 24-year-old mixes up his movement intelligently, coming short to receive passes in space behind the opposition midfield.

He has speed, trickery and the ability to pop up in unexpected areas, including regular runs into the wide channels.

Arsenal did not enjoy facing twin strikers in their home matches with Spurs and Burnley, facing a total of 14 shots on target in those contests.

Son Heung-min was a particular thorn in their side during the north London derby, with far too much room afforded to the South Korean.

In truth, Arsenal have looked uncomfortable dealing with that type of front man, so the Blades could profit if they utilise Robinson's strengths.

Wilder loves his side to retain their width, using overloads of players down the flanks regularly.

Sheffield United's centre backs and midfielders regularly funnel out wide to support and combine with the wing-backs.

The deployment of twin strikers in a 3-5-2 also means they always have at least one target to aim for inside the box.

Although the Blades squandered several gilt-edged opportunities from quality crosses at home to Liverpool and Southampton, they remain a big threat.

If Emery's men do not work hard enough to block deliveries from the flanks, they could be punished.

Arsenal's pace up front and quality from fast transitions remain a danger but if Wilder gets his game plan right, Sheffield United can make this a tricky evening.

A bold approach by the Blades could really pay off against their opponents.