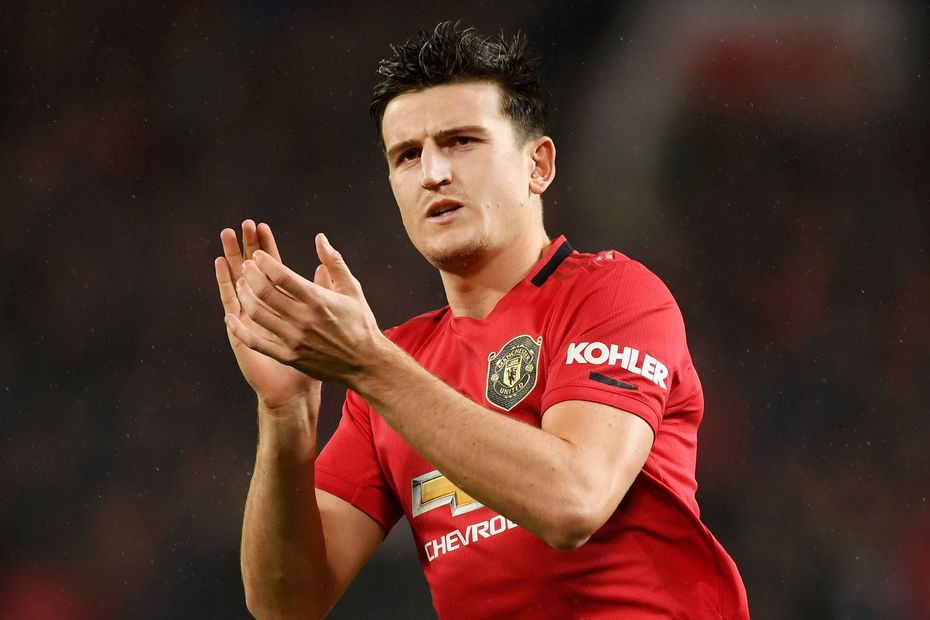 Why Maguire is in it for the long term at United External Link
Eleven years ago today: Berbatov treble spells trouble for Liverpool

For all of Manchester United's current trials and tribulations, they are a tighter defensive unit than they were last season.

Making up for a creative shortfall, Ole Gunnar Solskjaer's men have generally been difficult to break down.

Only three Premier League sides can better that defensive record, which is sure to be put to the test by league leaders Liverpool this weekend.

Breaking the world-record transfer fee for a defender was a bold move by Man Utd but Maguire has settled in well since joining from Leicester City.

Instantly at ease alongside Victor Lindelof, the England international has been a strong, calming presence.

While it has not been an error-free start, Maguire did excel in home matches against Chelsea, Leicester and Arsenal.

Keeping Tammy Abraham, Jamie Vardy and Pierre-Emerick Aubameyang relatively quiet in those encounters should give Maguire confidence ahead of this stiff examination.

Statistically, Maguire is marshalling a back four who are significantly less generous than they were last term when they leaked 54 top-flight goals, the club's highest tally since 1978/79.

Thanks to a more solid structure, opponents are now finding it harder to carve out shooting opportunities.

United are still waiting to score their first goal from a set-piece this season but it is only a matter of time before the floodgates open.

They have been at their most dangerous from corners and free-kicks, creating 14 chances across their opening eight encounters.

Remarkably, that is nearly half the total they manufactured in the entirety of 2018/19.

Coming into Matchweek 9 they are ranked second only to Everton at creating chances from set-plays.

Maguire's presence has helped to provide that additional threat.

Standing at 6ft 4in, the giant centre-back is United's principle target to aim for and the former Leicester City star has proven adept at getting on the end of crosses.

His seven attempts on goal, including four on target, trails only Scott McTominay, with eight, Daniel James, with 12 and Marcus Rashford's 15 among United players this season.

Maguire can also act as a distraction to leave space for somebody else to attack the ball but, even so, no central defender in the Premier League has enjoyed more touches inside the opposition penalty area.

The England man will be a huge threat to Liverpool from dead balls this Sunday.

The in-form leaders will arrive at the home of their rivals with a spring in their step, expecting to maintain their 100 per cent record.

If they do claim three points it will be Jurgen Klopp's first win at Old Trafford as Liverpool manager.

In a tactical sense I expect Solskjaer's side to be determined in their bid to frustrate the visitors.

And breaking down their new, improved back four may not be quite as straightforward as many expect.