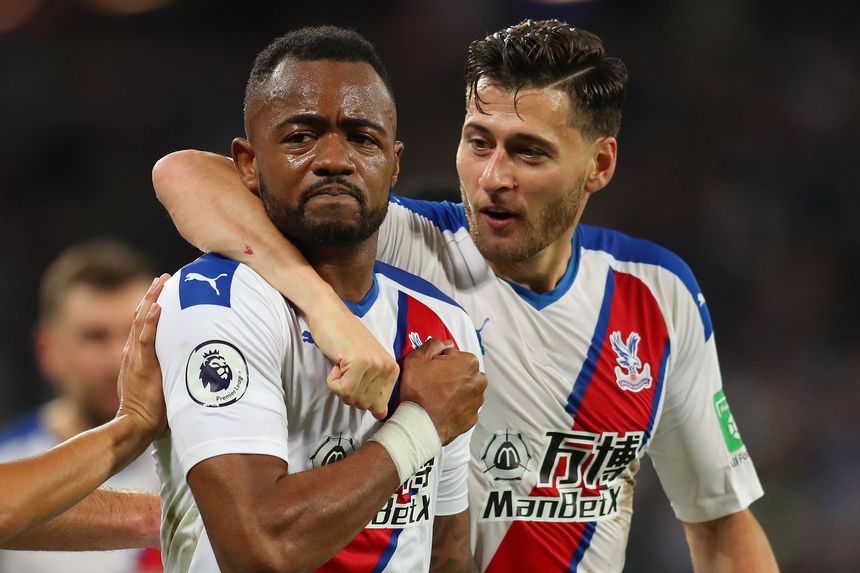 Adrian Clarke says transformation of Ayew, Ward and Kelly from substitutes to starters should breed confidence against champions

The secret to Crystal Palace’s success this season has been collective consistency and discipline.

Those attributes will be put to the test when Manchester City, the Premier League's highest scorers, with 27 goals, visit Selhurst Park.

Palace have been solid and rarely pulled out of position within their usual 4-5-1 formation in 2019/20.

Wilfried Zaha and Gary Cahill may take the plaudits, but a trio of team-mates has helped transform the team and propel Roy Hodgson's men to sixth in the table.

Right-back Joel Ward has been ever-present in their flying start.

Last season the 29-year-old lost his place to Aaron Wan-Bissaka, but since the local lad left for Manchester United, Ward has excelled.

Apart from a tricky match at Tottenham Hotspur and a late error in the 1-1 draw with Wolverhampton Wanderers, Ward has been superb in every other contest.

Defending with intelligence and spirit, Ward has also struck up a terrific rapport with Zaha, providing him with almost 10 passes per match.

Last season Kelly was third or fourth-choice, but, like Ward, he has quickly forged a strong understanding with a team-mate.

Kelly has formed a powerful partnership with Cahill, laying the foundations for gritty away victories at Old Trafford and West Ham United.

And in three home matches so far, Palace are yet to concede a goal each time the composed 29-year-old has started.

Credit should also go to Jordan Ayew, who has delivered crucial goals.

The Ghanaian only scored once on loan spell from Swansea City last season, but since signing a permanent deal he has been a striker reborn.

Without his goals against Man Utd, Aston Villa and West Ham, Palace would have six fewer points.

Only Pierre-Emerick Aubameyang has won more for his side this season, with nine points.

Ayew's workrate and link-up play are undeniable, but his finishing has been ruthless.

Missing the target only once from nine attempts, his conversion rate has dramatically improved.

Ayew's eye for goal combined with a solid defensive display from Kelly and Ward will be key against Man City.

Apart from a nightmare first half at Spurs when they conceded four times, Palace have let in only four goals in 675 minutes this season.

Liverpool and Chelsea are the only two teams to have faced fewer shots on target in 2019/20.

It is an outstanding record that should give Palace the belief that they can repel the attacking threat posed by Pep Guardiola's side.

It will not be easy for Palace to maintain their unbeaten home record this weekend, but as a team they have already shown courage and character.

Proving people wrong as individuals, and collectively as a team, the Eagles are in good shape and have every right to feel confident.