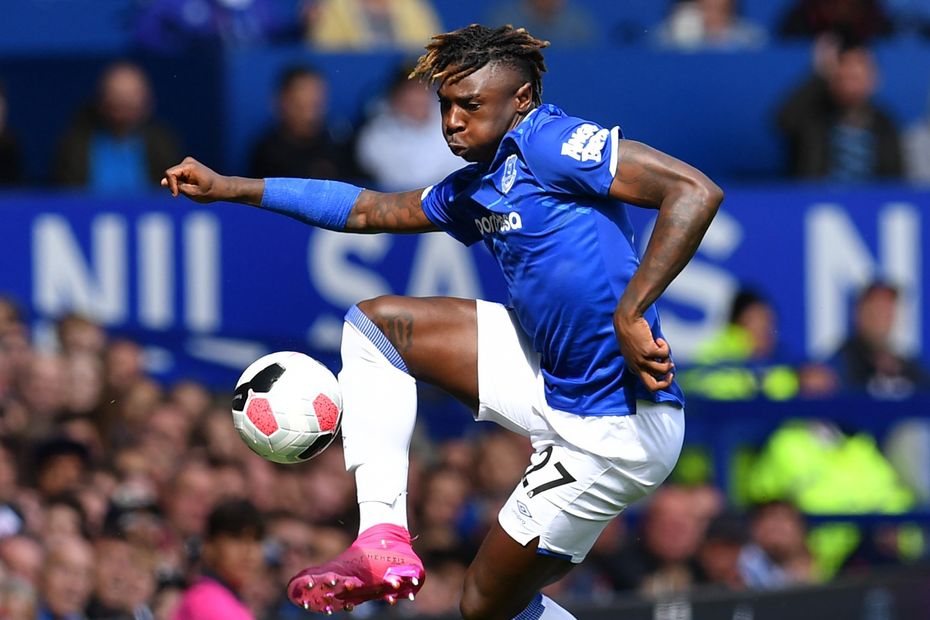 Operating under a head coach recruited to play attacking football, the Toffees will feel especially disappointed to have scored only six Premier League goals in their first eight matches.

Snatching at chances in front of goal and short on penetration in the final third, Marco Silva's side are averaging 604 passes per goal this season, the second-most in the competition.

Turning possession into goals is a matter of urgency for the Merseysiders.

Time for two up top?

Silva has kept faith in a 4-2-3-1 formation across the opening eight matches but a Plan B must now be under consideration.

In forward areas his side have lacked ideas, with current first-choice striker Dominic Calvert-Lewin spending too much time on the periphery of matches.

The 22-year-old works hard and is a big presence at the top of the pitch but his involvement inside the opposition penalty box has been minimal.

If they are to persist with Calvert-Lewin, who has a very respectable 28.6 per cent chance conversion rate, Everton must find a way to create more quality opportunities for him.

Summer signing Moise Kean has looked sharp and has offered a greater goal threat in his appearances, only two of which have been starts.

But the 19-year-old Italian has snatched at chances and has yet to score.

The boldest change would be for the Blues to start with these two young strikers together up front.

Stylistically they can complement one another and pairing them would also ease the individual burden on them to deliver regular Premier League goals.

Silva also has Richarlison and Cenk Tosun as alternatives to lead the line.

Bringing back the transitions

When a side are struggling in the final third, they become more reliant on transitions.

Last term the Toffees were strong in this department, with midfield enforcers Idrissa Gueye and Andre Gomes able to break up play as a matter of course.

Everton were among the division's best when it came to ball-winning and from the subsequent turnovers they were a menace to the opposition.

How Everton have dropped their defences

During the early weeks of 2019/20 Silva's men have laboured in this part of their play.

Gueye is now at Paris Saint-Germain, Gomes has missed three matches through injury and new defensive-midfield specialist Jean-Philippe Gbamin is also not fit.

The team in general are less robust, meaning Everton are not winning the ball back with nearly enough frequency.

This limits their ability to catch opponents off guard from fast breaks.

So, in the short term, especially with the current shape not clicking, it may be wise for Silva to reinforce his side's central midfield with a third player.

Those shapes could help the Toffees make much-needed improvements, with and without the ball.