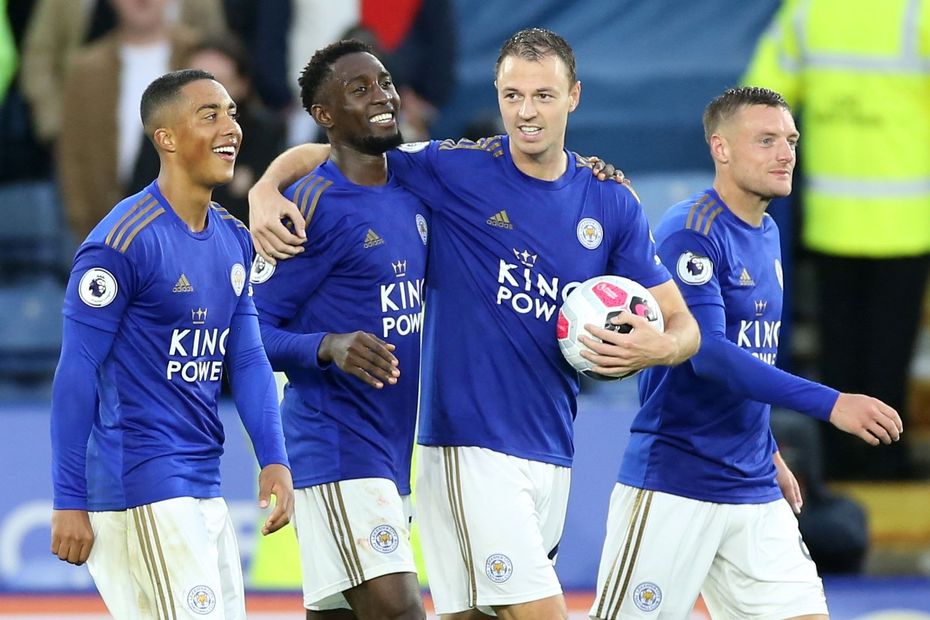 We imposed our way of working, says Rodgers External Link

Brendan Rodgers has guided Leicester to fourth place in the Premier League table on the back of four wins and two draws.

The brand of open, attacking football has also produced the fourth-most goals in the division.

Even the disappointment of losing to a late goal at Liverpool in Gameweek 8 has not affected the feel-good factor in the Foxes camp.

And with an extended run of favourable matches through to mid-December, their FPL prospects in defence and attack are raised.

According to the FDR, eight of the Foxes' next nine opponents score just two.

Here are four Leicester players for FPL managers to target.

The right-back is on 42 points, the FPL's joint top-scoring defender along with Trent Alexander-Arnold (£7.2m).

Yet Pereira is owned by just 9.8 per cent of managers.

And he has already shown his all-round potential, weighing in with two goals, two clean sheets and five bonus points this term.

The appeal of Caglar Soyuncu (£4.7m) as a cheaper option has left the Irishman largely overlooked.

However, interest in Soyuncu means there is now only £0.3m between them in price.

Both have one assist in the first eight matches, yet Evans' style of play fares better in the Bonus Points System (BPS).

He has earned bonus points on both occasions that Leicester have claimed a clean sheet, while Soyuncu has yet to earn any additional bonus.

The midfielder's goal in the Gameweek 8 loss at Liverpool was his second in successive appearances.

Maddison’s growing threat is supported by the stats and only three midfielders have surpassed his 21 shots on goal this season.

Not only that, but his 11 chances created is more than any Leicester team-mate.

At a cost of just £7.1m, he looks a standout midfield option for the coming months.

Currently the Foxes' top-scoring player on 46 points, Vardy has five goals and an assist in 2019/20.

The striker's potential for explosive hauls remains as real as ever, delivering 16 and 12-point returns against AFC Bournemouth and Newcastle United in the last five Gameweeks.

That highlights his appeal as a major captaincy contender for the Foxes' favourable run.