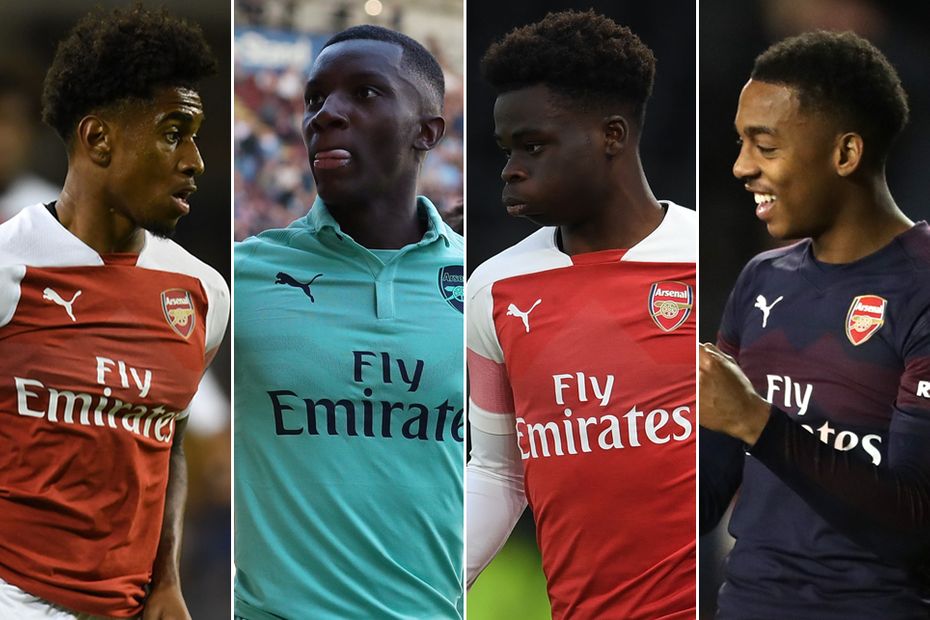 The promotion of Freddie Ljungberg in Arsenal's coaching set-up from Under-23s coach to assistant first-team coach is part of a strategy to develop Academy players into first-team regulars.

The former Arsenal player is part of a new "transition team" seeking to aid the pathway for youngsters into Unai Emery's squad.

We look at four prospects who will be hoping to make the step up to a regular first-team slot at Arsenal this season.

Having won the 2017/18 Premier League 2 Player of the Season award, Nelson (pictured top left) spent last season on loan with Hoffenheim in the German Bundesliga.

The 19-year-old winger scored seven goals in 23 appearances, of which only five were starts, while also playing in five UEFA Champions League group matches.

He is currently in Italy with England for the UEFA Under-21 Euros.

The 20-year-old striker made five Premier League appearances last season, taking his total to eight, and scored his first top-flight goal in a 3-1 victory at Burnley on the final day.

Nketiah also struck nine times in Premier League 2 and was nominated for the PL2 Player of the Season award for the second year in a row.

The 17-year-old left winger became the first player born in 2001 to appear in the Premier League when he come on against Fulham on New Year's Day.

The 19-year-old featured in two Premier League matches last season and scored twice in the 3-0 FA Cup triumph at Blackpool in January.

The central midfielder was also involved in the UEFA Europa League campaign, scoring against Vorskla Poltava in the group stage and coming off the bench in the final against Chelsea.