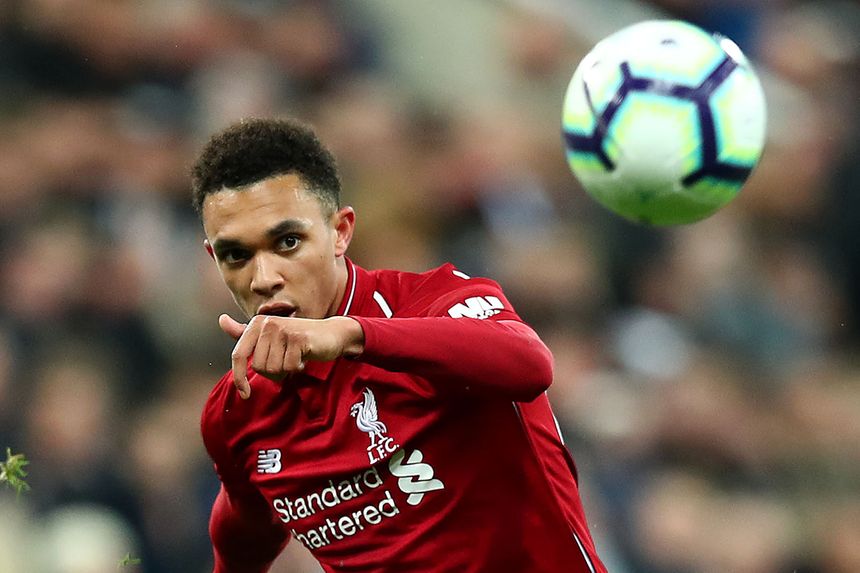 Alexander-Arnold and Wijnaldum up for Champions League award External Link

The Liverpool right-back welcomes Wolverhampton Wanderers to Anfield on the back of some superb recent displays.

And that all-round potential helped him claim double-figure hauls against Cardiff City, Huddersfield Town and Newcastle United over those fixtures.

His total of 10 chances created in the last four Gameweeks is joint-top with Lucas Digne (£5.4m) among FPL defenders.

It also matches the tally of his team-mate Mohamed Salah (£13.3m), making the pair Liverpool’s most creative players.

Alexander-Arnold’s delivery from free-kicks and corners is a major weapon for the Merseysiders.

The Reds have scored 22 goals from set-plays this season, more than any other side.

This was in evidence in their win over Barcelona on Tuesday evening.

Alexander-Arnold’s quick thinking from a corner allowed Divock Origi (£5.0m) to seal a 4-0 win and clinch a place in the UEFA Champions League final for Liverpool.

Jurgen Klopp’s side will again go on the attack against Wolves in their bid to clinch the title.

Although Salah and Sadio Mane (£10.2m) are likely to be the main armband picks, Alexander-Arnold should not be ignored.

The young right-back has produced five double-figure hauls at Anfield this season, the same number as Salah and Mane.

That shows his potential as a big source of points for Sunday’s finale.