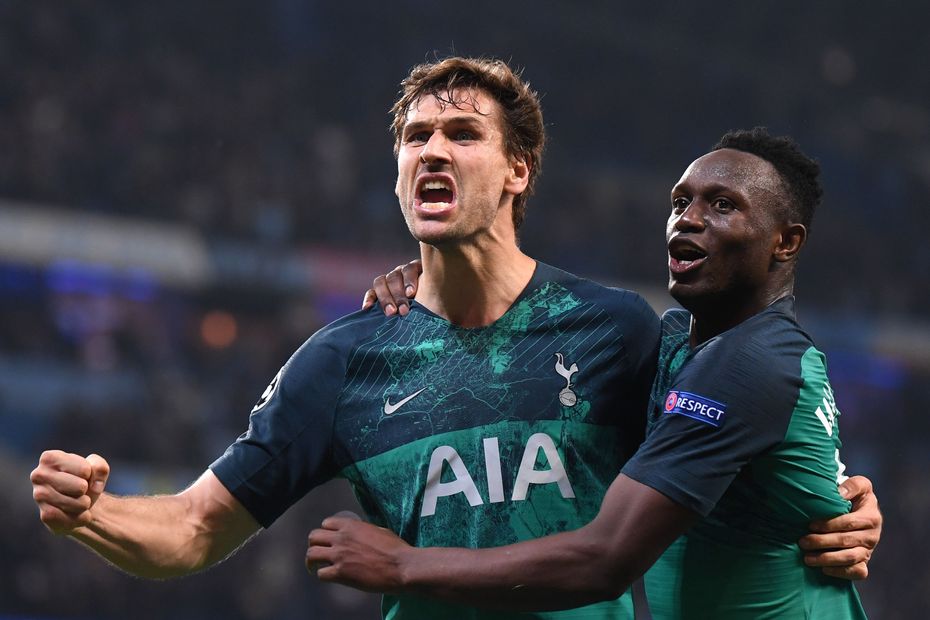 Fernando Llorente: 'One of the best moments of my career' External Link
Solskjaer must settle on midfield solution

Two squad members have come to the fore in a week to remember for Tottenham Hotspur, and they could be major players again this Saturday.

Fernando Llorente and Victor Wanyama have barely featured in the Premier League this term, playing for just 307 minutes and 481 minutes respectively.

Yet because of a growing injury list, and their telling contributions against Huddersfield Town and Manchester City in the last week, both will be in Mauricio Pochettino’s plans for the return to the Etihad Stadium, three days after progressing in their UEFA Champions League quarter-final tie at the same ground.

Son Heung-min and Lucas Moura have both deputised superbly for Harry Kane in 2018/19, but Llorente’s contributions should not go unnoticed.

The Spanish target man has scored eight goals in all competitions, at an impressive rate of one every 113 minutes.

The latest of those was a crucial one during Wednesday’s 4-3 defeat in the Champions League, which clinched a 4-4 aggregate triumph on away goals. But Llorente has used his physical presence to good effect on other occasions too.

He bundled his way into the box to set up Son for a precious equaliser at home against Watford, before heading home a late winner from a Danny Rose cross.

The 34-year-old also backed into his marker and chested the ball down for Son to score a decisive goal at home against Newcastle United.

Overall, Llorente has recorded four PL assists at a rate of one every 120.5 minutes, to go with his solitary league goal.

How Llorente compares (per 90)

As the table above shows, Llorente is a centre-forward like no other at Pochettino’s disposal. His ability to win aerial challenges gives his manager tactical options.

Eight of the 22 PL goals Manchester City have conceded this season have stemmed from set-pieces.

So when crosses are delivered into the box at the Etihad Stadium, Llorente will make the home defenders nervous, just as he did in midweek.

Strong down the spine

Moussa Sissoko’s groin injury is a blow for Spurs, who will now lean heavily on Wanyama to break up play inside the middle third.

With such limited game time this season, and the demands of three energy-sapping matches in the space of seven days to contend with, it is a big ask to contain Kevin De Bruyne and David Silva again.

But the Kenyan is strong, athletic and relishes being a stopper.

As Spurs’ most forceful option at the base of their midfield, he gives his side a powerful presence.

Defensive efforts in midfield (per 90)

Thanks to the away goals rule, the 4-3 defeat to Man City turned out to be a great result for Pochettino in the Champions League.

But on Saturday the Argentinian must devise a strategy that helps his side claim at least one point.

After their contributions in the last week, Llorente and Wanyama are sure to be involved in his game plan.