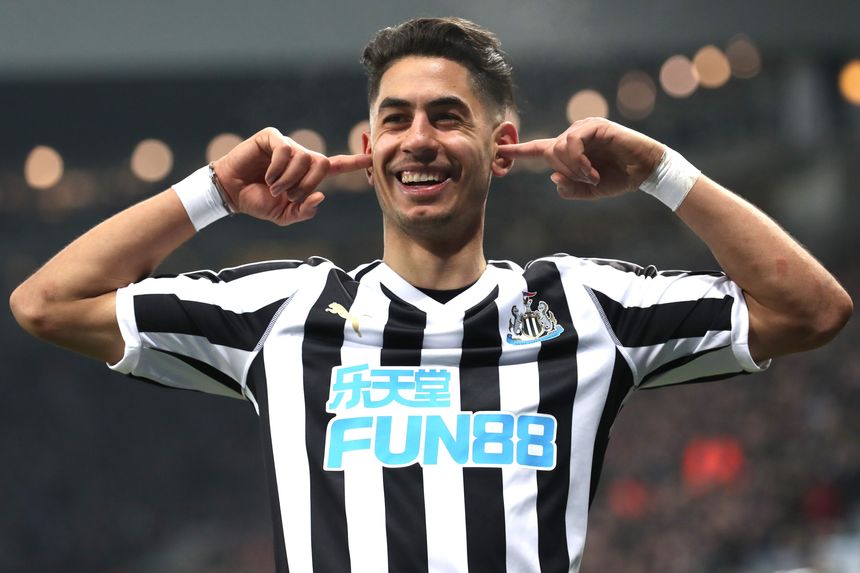 Back in Tyne: Five splendid wins against Southampton External Link
How many points are needed to stay up?

Newcastle United forward Ayoze Perez is a master at ghosting past his markers to find space inside the box, a trait Southampton must be wary of at St James’ Park on Saturday.

The Spaniard made a late run across Leicester City defender Wes Morgan to glance home a Matt Ritchie cross and score the winner in Newcastle United’s 1-0 victory last time out.

It was not the first time Perez had struck in such a manner this term.

The 25-year-old flicked in almost identical headers after similarly-angled runs in home matches against Watford and Wolverhampton Wanderers, too.

Standing 1.79m, Perez is not the tallest forward, but his movement to get across defenders is as outstanding as his heading technique.

Perez lacks a little consistency but is still a must-pick for manager Rafael Benitez.

Operating on the right side of Newcastle’s attack within a 5-4-1 formation, he is adept at drifting infield to make sporadic but telling contributions.

His knack of popping up unnoticed inside the box has helped him manufacture 23 shots on target this term, the most of any Magpies player.

He is also their chief creator from open play, creating 40 this season.

Blessed with the ability to slip clever passes or crosses into the area, as he did with a delightful chip through to Salomon Rondon to score against Everton last month, the inventiveness Perez provides is invaluable.

Defending from the front is an important aspect of modern-day football and a must for anyone in a Benitez team.

Perez is good in this department, thanks to his movement, industry and determination.

Indeed, statistically, he is the most effective forward in the Premier League for the defensive side of the game.

*Rotate for full table if on a mobile device

Perez is being used in the correct role by Benitez.

As an inverted right-winger, he can pitch in equally with attacking and defensive contributions.

It is no coincidence an uplift in form has come when Newcastle's results have also improved.

He has five goals in his last 12 PL appearances, with the Magpies winning six and drawing two of those matches.

If he can continue that form against Southampton, who are a place and two points behind in the Premier League table, Newcastle could reach 41 points this weekend and have their safety secured.