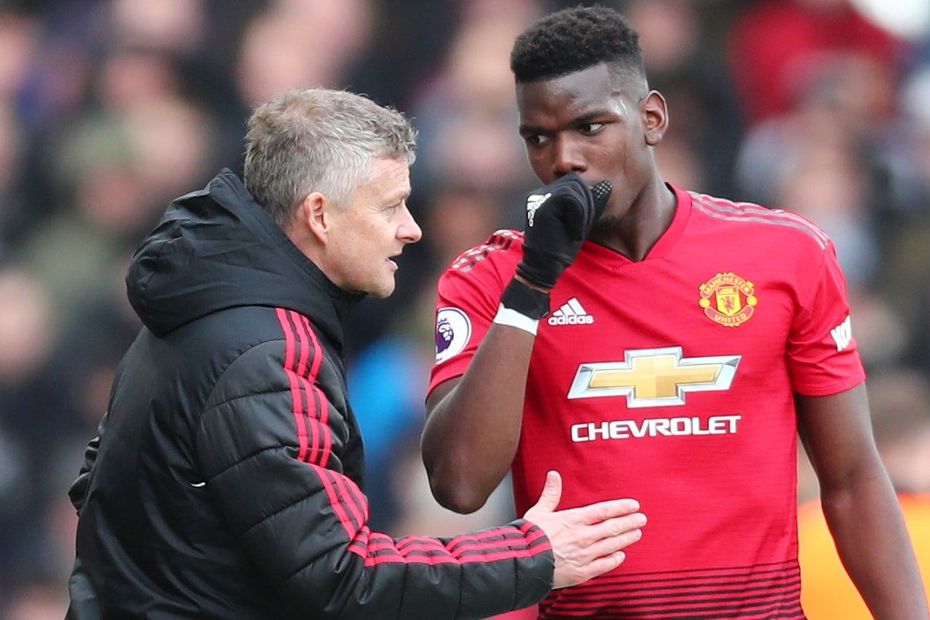 Manchester United have failed to keep a clean sheet in any of their last six Premier League matches, a trend which may concern them ahead of Sunday’s visit to Everton.

They are struggling without the ball and giving up too many chances.

Despite winning their last two home matches, they allowed 18 shots against West Ham United and 20 against Watford at Old Trafford.

Standing off opponents and losing their shape, United’s structure has not been tight enough since their resolute 0-0 draw against Liverpool in February.

Solskjaer has made at least one change in central midfield in each of United’s last six matches.

This has led to their more defensive-minded players struggling to be connected to one another.

Fred, Scott McTominay, Andreas Pereira and Nemanja Matic have all been rotated around the ever-present Paul Pogba, but none of these combinations has had the desired effect out of possession.

A common theme has been a lack of tracking runners.

Examples of switching off

Fred conceded a penalty in the 2-0 defeat at Arsenal after Alexandre Lacazette had run past him from deep. The Brazilian was caught again for Felipe Anderson’s disallowed goal for West Ham last weekend.

Leander Dendoncker also sneaked into the area undetected to force a Chris Smalling own goal in United's defeat at Wolverhampton Wanderers, while Abdoulaye Doucoure ran through the middle of the box to score from a simple give and go for Watford at Old Trafford in Matchweek 32.

This problem has afflicted their full-backs, too. Luke Shaw allowed Joel Ward to run past him to score for Crystal Palace in a 3-1 United win, while Marcos Rojo left too much space for Anderson to net at the far post last weekend.

One possible explanation for United’s dip could be the absence of Ander Herrera.

The Spaniard brings energy to the midfield and is one of the Premier League’s best man-markers.

In the eight other matches of the manager’s reign, the side have let in at least one goal every time, conceding 1.5 per match on average.

Man Utd with and without Herrera

The good news for Man Utd is that Herrera has returned to training, but with the Spaniard not expected to recover from a muscular injury until Wednesday's Manchester derby at the earliest, Solskjaer must find a way to fix his midfield problems at Goodison Park.

Until Herrera, McTominay and Pogba, the midfield which last featured in that draw with Liverpool, are all available at the same time, Solskjaer needs to find a solution.

His hopes for his sixth-placed side to close the gap on their rivals in the race for the top four could well hinge on Herrera.