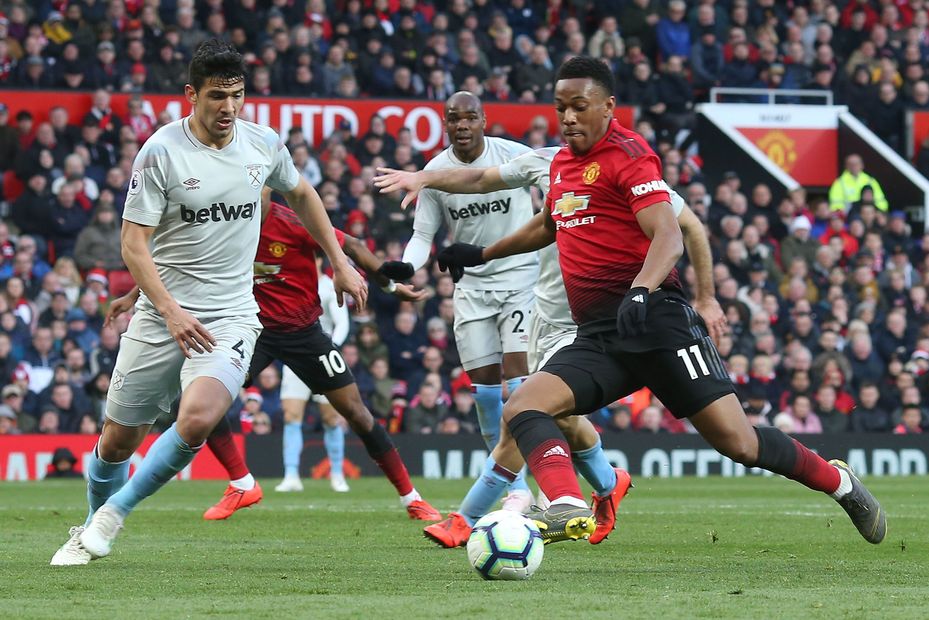 The Manchester United winger is owned by just 4.0 per cent of managers for his Double Gameweek 35.

Martial has impressed when handed the opportunity in recent fixtures.

He has two goals, two assists and 28 FPL points in his last five matches.

That raises Martial’s prospects for his trip to Everton and home derby with Manchester City.

Encouragingly, he scored against both his Double Gameweek 35 opponents earlier in the season for a combined haul of 16 points.

Martial's underlying statistics also back up his goal threat.

His goal conversion rate of 29.4 per cent is higher than any of his team-mates.

This suggests that, even if his minutes are slightly restricted, the Frenchman can still enjoy a successful Double Gameweek.