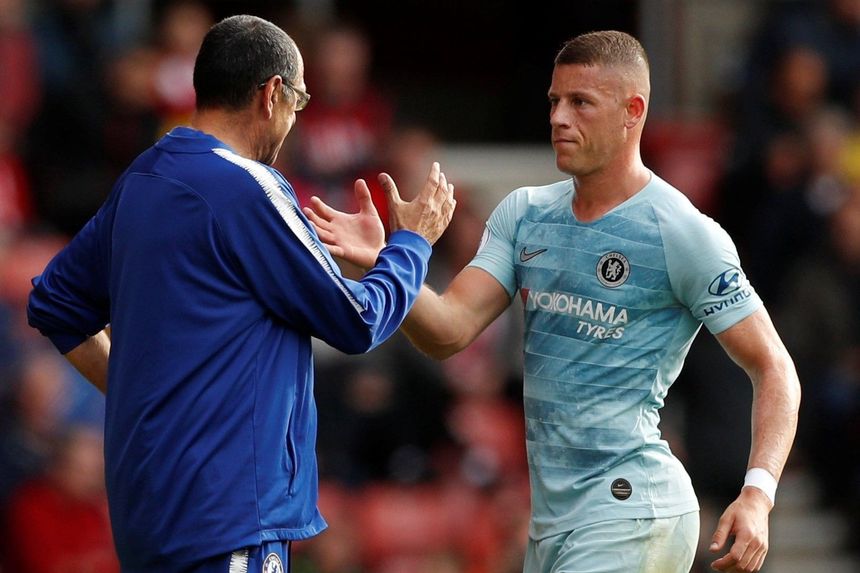 Anderson, Nasri and Fredericks back in the frame for Chelsea External Link

In the first half of 2018/19 the England international impressed against Southampton, Burnley and Huddersfield Town, scoring twice and making four assists in those three starts.

Yet he has not been able to claim a regular place in the Chelsea side.

Half of his 24 Premier League appearances this term have come as a substitute and he is yet to start more than two matches in succession.

The 25-year-old has not had an opportunity to find rhythm on the left side of central midfield.

Barkley’s positive impact as a starter for Chelsea is clear to see.

Their win percentage with him starting in Premier League matches is 75 per cent. This figure drops to 50 per cent without him.

The matches he missed give a further indication of his input and importance.

Of the seven matches Chelsea have lost this season, Barkley started only two of them.

He was not involved at all in losses to Wolverhampton Wanderers, Leicester City and AFC Bournemouth, while he was used only as a substitute in further losses at Tottenham Hotspur and Arsenal.

Are Chelsea a better team with Barkley on the pitch? The numbers suggest they might be.

Chelsea with and without Barkley

Barkley has developed his off-the-ball work and earned greater trust from Maurizio Sarri. But defensively the likes of N’Golo Kante, Mateo Kovacic and even Ruben Loftus-Cheek, who has made only two starts, hold a slight advantage.

As ball-winners they are more effective.

However, if Chelsea’s head coach is looking for the most attack-minded option, at home to West Ham United on Monday night for example, Barkley is an asset.

Compared to Kante and Kovacic, his main rivals for a place either side of Jorginho in midfield, the former Everton man is significantly more dangerous inside the opposition half.

His willingness to push forward and take shots makes him a major goal threat.

And, in possession, Barkley is also the Chelsea central midfielder most capable of unlocking opponents with a clever pass.

Three of Barkley’s four PL assists this term were high-quality moments of distribution.

He split open Southampton and Huddersfield Town with smart through-balls to assist goals for Eden Hazard.

And his silky touch and pass for Alvaro Morata at Burnley was one of the most eye-catching pieces of skill performed by a Chelsea player this season.

Maturing on the ball

In spite of the stop-start nature of his campaign, Barkley has made progress.

He looks increasingly comfortable at Stamford Bridge, and has proved to Sarri he can look after possession in a responsible manner.

During his time at Everton, Barkley’s choice of pass was occasionally wayward.

His pass accuracy ranged between 79.2 per cent and 87.9 per cent during his time at Goodison Park. This term he has been accurate with 91.6 per cent of his passes.

Barkley faces stiff competition for a spot in the Chelsea midfield.

The returning Loftus-Cheek and loanee Kovacic are his immediate rivals, with Jorginho and Kante the most secure of starts.

But to extract the best from Barkley, Sarri needs to hand him a run of starts that extends beyond two matches.

If he receives that boost, it will be no surprise to see him shine.