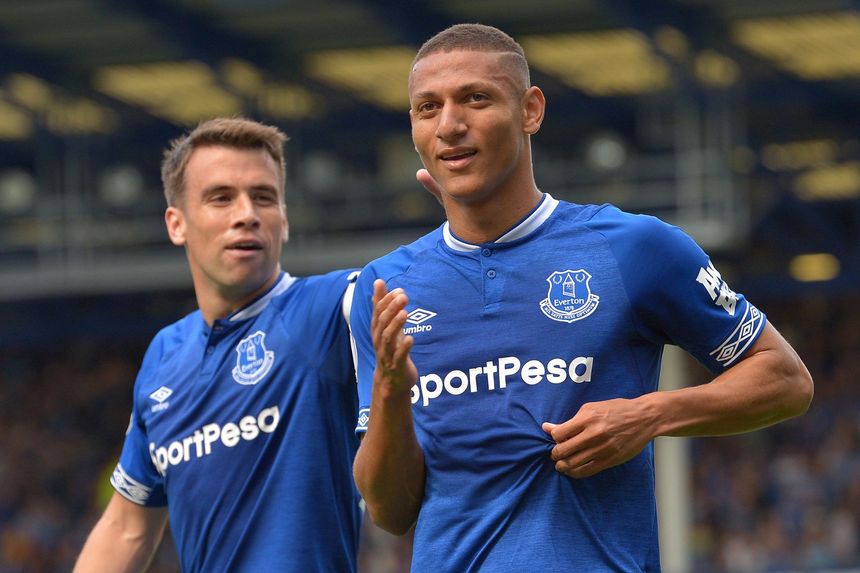 Silva up for Manager of the Month prize External Link

'The players are very, very focused for this game' External Link

After back-to-back 2-0 victories over West Ham United and Chelsea, a resurgent Everton side are aiming to complete a hat-trick of successes against London clubs this Sunday.

While Arsenal are in strong form themselves, they will visit a team playing with renewed confidence.

The Toffees look dangerous inside the final third, creating 32 chances in their last two outings, with an impressive 17 efforts hitting the target.

Across their previous eight Premier League fixtures they had averaged just 8.6 shots per match, with only 3.2 efforts on target.

To inspire greater creativity, Marco Silva has tweaked his approach.

He has opted for a 4-2-3-1 system that uses Gylfi Sigurdsson in his favoured No 10 role, while bringing Bernard into the side on the left wing and switching Richarlison to the right in place of Theo Walcott.

Both wide men have enjoyed a surge in form, and Everton have looked especially dangerous down their right-hand side.

Right-back Seamus Coleman has been influential.

The Irishman set up a goal for Sigurdsson with a brilliant run and cutback at Cardiff City.

His clever dribble into the box then led to a foul on Richarlison which earned Everton a penalty against Chelsea.

And last time out, Richarlison played in the overlapping Coleman, who crossed for Bernard to give the Brazilian a tap-in against West Ham.

Richarlison, whose form has fluctuated during his spells as a striker and left-winger, seems to be enjoying the fresh challenge of making an impact on the right flank.

He has scored two goals in his last three starts and been a constant menace for defenders.

Arsenal will need to concentrate hard to halt the dual threat of Coleman and Richarlison.

The Gunners boast the best defensive record from set-pieces this term, conceding just four times. But Everton carry a real threat from crosses.

Only three teams have scored more set-play goals in 2018/19 than Silva’s men, with 12. They have also found the back of the net with 12 headers, the second-highest top-flight return.

In Lucas Digne and Sigurdsson, Everton have two of the best set-piece technicians in the division, and they ensure the Toffees create plenty of opportunities from corners and free kicks.

Outswingers are their forte and their deliveries have borne fruit in recent appearances.

A Sigurdsson corner set up Kurt Zouma’s goal at West Ham, while Richarlison crashed a header on to the bar from a fine Digne delivery too.

Previously, in their last home match against Chelsea, Richarlison knocked in the rebound after Dominic Calvert-Lewin had headed Sigurdsson’s outswinging set-piece towards goal.

Arsenal must be wary of Everton’s threat from wide areas, both in open play and from dead-ball situations.