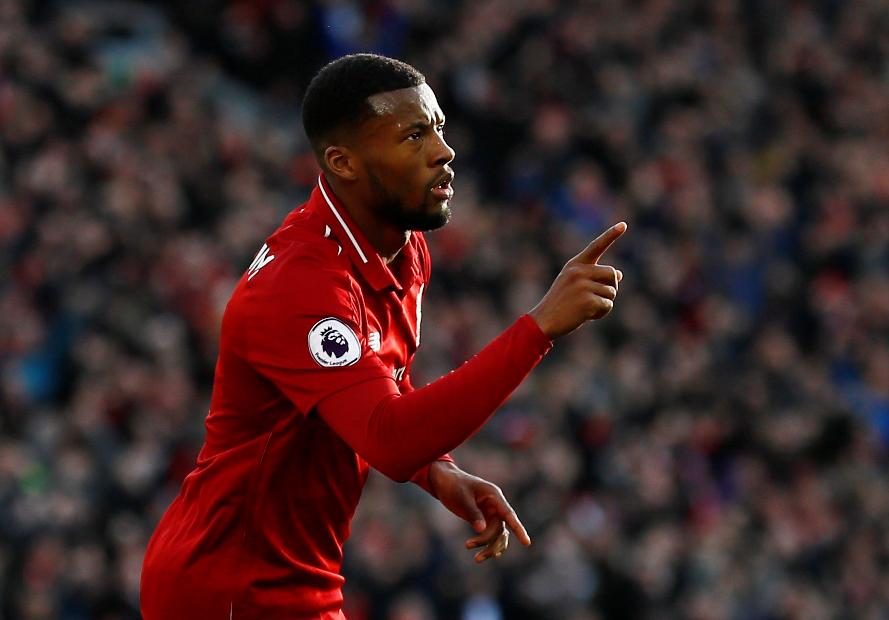 Georginio Wijnaldum attracts little praise or attention, but the midfielder is undoubtedly one of the most important players within Liverpool’s title-chasing squad.

The Dutchman is an intelligent and consistent high-quality performer, the fine thread that knits Jurgen Klopp’s side together.

Wijnaldum does the simple things right and has developed into a wonderful example of continuity.

The 28-year-old helps to move the ball from defence to attack seamlessly, looking after possession incredibly well.

His 91.9 per cent pass accuracy is the second best of any Premier League midfielder, just behind Chelsea's Matteo Kovacic (92.6 per cent).

He is technically excellent and statistically the best long passer at the club too, reaching his target 68.1 per cent of the time.

He began 2018/19 as the main holding midfielder, showing grit and discipline in a defensive role.

Since then, he has been used in a slightly more offensive position: as a right-sided midfielder in a three or as an orthodox box-to-box man as part of a midfield pair, switching from one role to the next with ease.

As a Newcastle United player, he was renowned for his excellent timing of forward runs into the opposition box. Now as part of Liverpool’s central midfield unit, he is the most adventurous in attack and the man most likely to break the lines with a forward thinking contribution.

It will be fascinating to see how Manchester United use Paul Pogba against Liverpool.

The 2018 FIFA World Cup winner has been stationed in behind the lead striker in certain matches by Ole Gunnar Solskjaer, but against opponents high up the table the Frenchman has slotted in on the left of a midfield three instead.

That would pit him directly against Wijnaldum on Sunday, who is most likely to line up on the right of a three.

There is no doubt that Klopp will trust Wijnaldum to help minimise the threat of the in-form United star, but it will not be easy. Pogba has scored nine goals and made six assists in his 12 matches under Solskjaer.

Balancing an urge to get forward with his duties as a selfless midfielder inside the middle third, Wijnaldum’s role is will be a prominent one.

The Wijnaldum-Pogba head-to-head may be defining in the outcome of this huge match.

Part 1: Ambition from Anderson can restore his form
Part 2: Son giving energy and variety to Spurs
Part 4: Benteke and Batshuayi can add to Palace threat