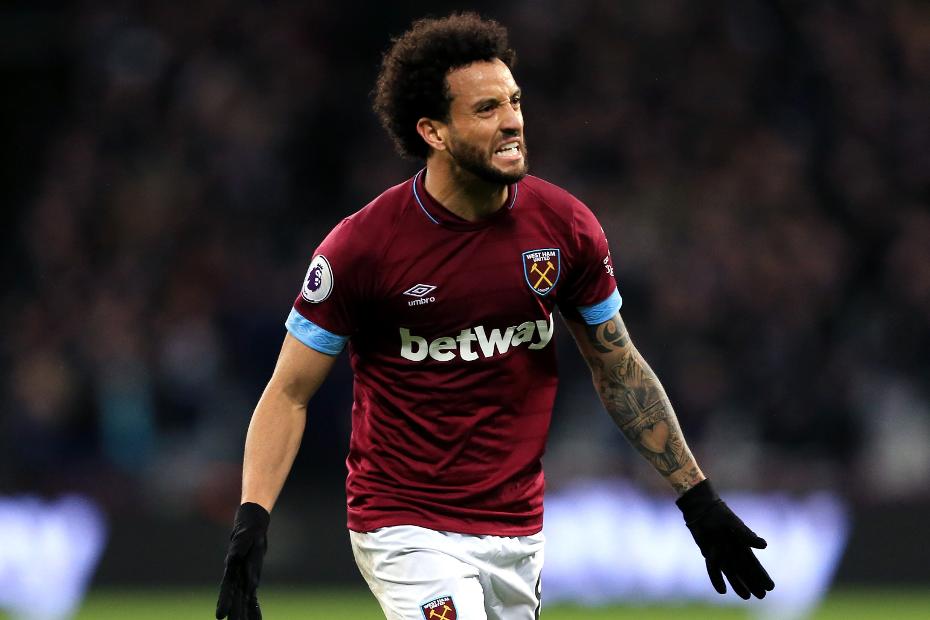 The form of Felipe Anderson has mirrored that of West Ham United this season. When he turns on the style, so do the Hammers.

All eight of the Brazilian's Premier League goals came during a 13-match spell from late September to the end of December, between Matchweeks 7-19, when West Ham secured seven of their nine victories.

But Anderson has gone seven matches without scoring and that run that has coincided with a dip in form for Manuel Pellegrini’s side.

So West Ham will be looking for inspiration from their talented wide man in Friday night’s home encounter with Fulham to help reignite their campaign.

Capable of scoring with both feet, Anderson is one of the best finishers at the club.

The winger has found the net with an impressive 26.7 per cent of his shots in the Premier League.

But in recent weeks he has been too content to hold back outside the area or stay on the flanks to offer width. This has meant he has been less of a goal threat than in the first half of the season.

To reproduce his goalscoring contributions of the autumn and early winter, Anderson just needs to reintroduce some old habits, like more darting runs in behind defenders or more gambles with bursts into the area when play is developing.

During his hot streak, as the table below shows, Anderson chanced his arm with shots and forward runs more frequently.

Threat on the break

With excellent defensive talents such as Issa Diop and Declan Rice pivotal to helping Pellegrini's side soak up pressure, Anderson on one wing and Michail Antonio on the other give the Hammers the power to move upfield at speed.

Their next-best goalscorer, Marko Arnautovic, is another player who thrives off opportunities to sprint in behind stretched defences.

Three of Anderson’s goals in 2018/19 and two of his assists have stemmed from breakaways.

His speed, dribbling prowess and composure with his right and left foot helped him score from counters at Southampton and Newcastle United, as well as at home to Burnley.

Pellegrini has made the Hammers more comfortable in possession this term.

But if he wants to maximise Anderson’s skills, giving his team the option to play on the break will help.

Up against a struggling Fulham team desperate for three points, Anderson could be granted the space to run into with the ball at his feet and show his lethal touch.

Part 2: Son giving energy and variety to Spurs
Part 3: Why Wijnaldum is central to Klopp's plans
Part 4: Benteke and Batshuayi can add to Palace threat