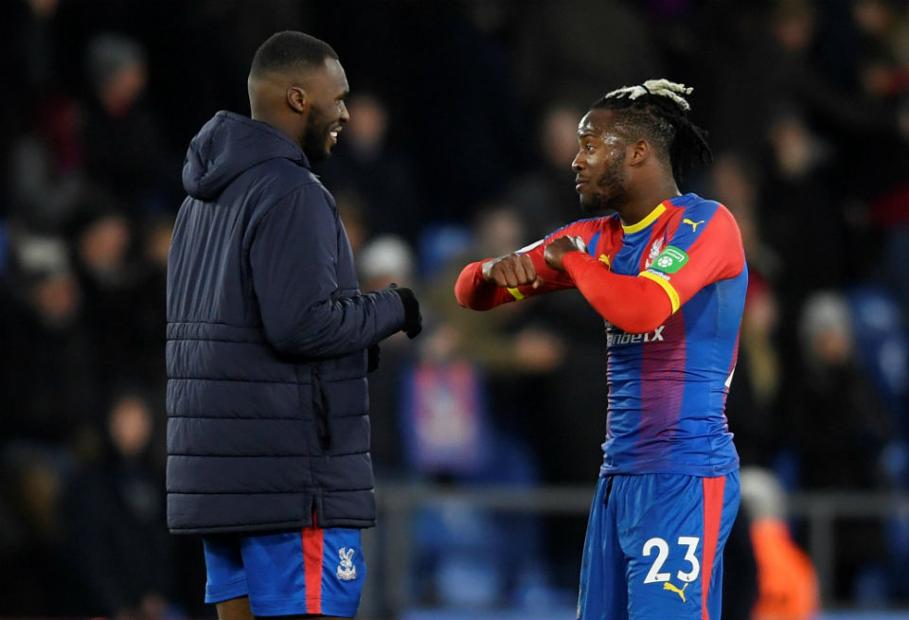 Crystal Palace have scored in all of their Premier League matches in 2019 so far and impressed in their most recent fixture at home to West Ham United.

Driving forward at will, Palace registered 25 shots with 17 coming during a second-half onslaught, with the Eagles unlucky not to score more than a single goal.

That dynamic display was a continuation of a positive trend for Roy Hodgson’s men.

16.33 efforts per match across the last six top-flight outings usurps their season average of 13.4 shots per fixture and even though their recent positive performances have only yielded eight points from a possible 18, Palace will be optimistic ahead of their trip to Leicester City this weekend.

Lively down the left

Wilfried Zaha will be one to watch at King Power Stadium. He has started to influence matches again, scoring in each of his last two league starts.

His partnership and combination play with left-back Patrick van Aanholt has been particularly impressive of late.

Against West Ham the duo exchanged 31 passes and were a constant threat down the left.

Zaha had six shots and created three chances, with Van Aanholt laying on five opportunities as well as having a couple of efforts himself.

The pair have created 17 chances in the last three matches they have started together, registering 12 shots between them.

Containing the movement and skill of Zaha and Van Aanholt will be key to Leicester’s prospects of success this weekend.

Foxes right-back Ricardo Pereira, typically a defender who loves to get forward, faces a tricky balancing act between linking play and defending his part of the field.

The arrival of Michy Batshuayi and the return of fit-again Christian Benteke is also great news for Palace and has likely contributed to their improvement as an attacking force.

Though both forwards are yet to score in the Premier League this season, having the duo available will give Roy Hodgson further options.

Batshuayi offers more in the way of clever and agile movement, which could benefit Palace in the final few months of the season.

Zaha and Andros Townsend should enjoy having the option of picking out Benteke with aerial crosses, a tactic they have not been able to use often enough this term.

With these additional options now available, the Eagles could quickly improve their disappointing goal count of 27, a tally just four other teams have failed to match.

Part 1: Ambition from Anderson can restore his form
Part 2: Son giving energy and variety to Spurs
Part 3: Why Wijnaldum is central to Klopp's plans