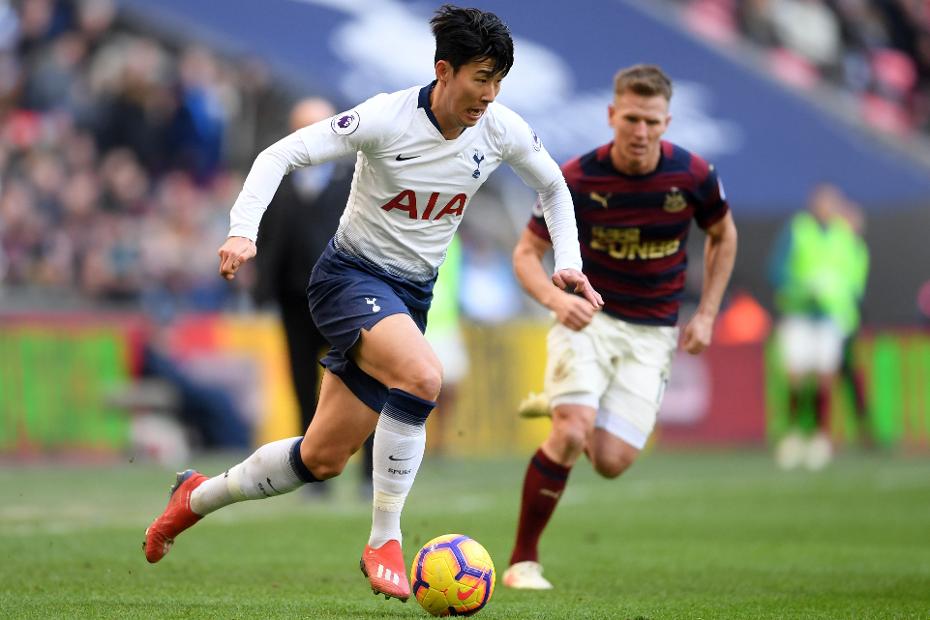 Heung-Min Son: "I always try my best for the fans" External Link
Ambition from Anderson can restore his form

The days of Tottenham Hotspur being reliant on the goals of one truly exceptional striker appear to be over. They now have two front men of outstanding repute.

Scoring 11 times in his last 12 Premier League starts and featuring as a centre-forward in nine of those appearances, the form of Son Heung-min has been a revelation.

Son has shone brightly in strike partnerships alongside Harry Kane, Lucas Moura and Fernando Llorente in recent months, proving his ability to adapt.

He buzzes around all of them and works hard to show for the ball and get his shots away. Son's energy lifts the tempo of the team.

The threat he brings as a goalscorer is multi-faceted. He boasts incredible pace, with and without the ball, transforming Spurs into a formidable counter-attacking side.

This was highlighted by breakaway goals at home to Chelsea and Leicester City in recent weeks.

Son also makes clever, incisive runs down the middle of the field and when the right pass is slipped in for him the 26-year-old is hard to catch.

His strikes at Everton and Cardiff City both stemmed from through-balls he sprinted on to, but Son can also score from distance. This makes the job of containing him even more difficult task for defenders.

Given time to strike the ball cleanly from outside the box with either foot, he has punished Leicester, AFC Bournemouth and Newcastle United.

This weekend’s opponents Burnley will look to sit deep and deny him space in behind as they seek to protect their seven-match unbeaten run.

So it is important their midfielders drop back to help prevent giving him the time to fire efforts from long range.

Kane could make his comeback this weekend after recovering from an ankle injury and supporters will welcome the return of his successful strike partnership with Son.

The pair have combined superbly in the last eight Premier League matches where they have both been named in the starting XI.

Despite failing to find the back of the net in their last outing against Manchester United at Wembley Stadium, they have notched 15 goals between them in their previous seven appearances, scoring over 65 per cent of Spurs' goals.

Once Kane and Son reform their partnership in attack, Mauricio Pochettino’s in-form side could prove too much to handle for tougher tests that lie in wait, starting on Saturday.

Part 1: Ambition from Anderson can restore his form
Part 3: Why Wijnaldum is central to Klopp's plans
Part 4: Benteke and Batshuayi can add to Palace threat