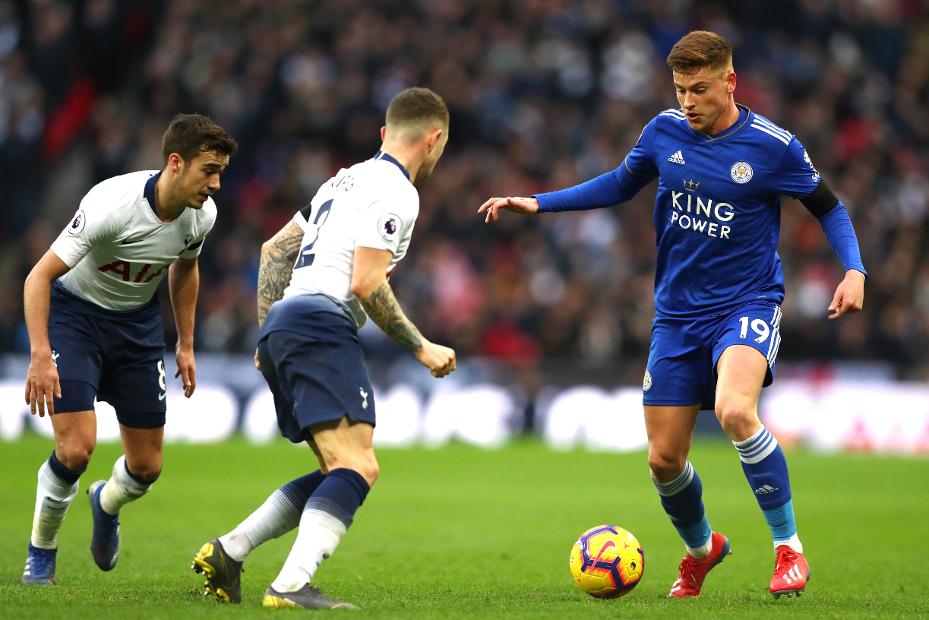 At the start of the season Harvey Barnes did not feature in Claude Puel’s first-team plans, but such has been his impact that he will finish the campaign as one of Leicester City’s key men.

A sensational loan spell in the Championship with West Bromwich Albion, where he scored nine goals and made six assists, changed perceptions at his parent club.

Barnes produced a series of fabulous individual goals at The Hawthorns, both from distance and via solo runs.

Indeed the Academy graduate was so impressive during his spell at Albion that Puel couldn't resist the opportunity to recall him to King Power Stadium in January.

The 21-year-old has yet to score a Premier League goal but he has already shown enough promise to suggest he is fast becoming an influential member of the team.

Barnes has been used as an orthodox left winger in his four appearances for the Foxes since returning to the club, but he can also operate as a No 10 behind the main striker.

In either role the youngster offers pace, incisiveness and a genuine goal threat.

Wherever he is deployed, Barnes is always willing to break into the penalty box, and that is something he does better than his rivals for a starting berth.

The likes of Demarai Gray, Marc Albrighton, Rachid Ghezzal and James Maddison, do not get themselves into as many goalscoring positions.

Barnes averages 3.65 shots per 90 minutes, so it is surely only a matter of time before he begins to weigh in with goals.

He is by no means an expert finisher. At West Brom he scored nine goals from 88 shots – at a 10.2 per cent conversion rate – and he has spurned some golden chances to break his top-flight duck in recent appearances.

However, with more game time and confidence he will make better use of the opportunities that fall his way.

*Rotate if viewing on a handheld device to see full table

The other advantage Barnes holds over some of his fellow wide men is a strong left foot.

When he starts as a winger, he can hold his width and stretch play.

His combinations with Ben Chilwell are also catching the eye, and together they have the potential to be a potent force for the Foxes down the left flank.

It is early days for Barnes as a Premier League performer but his potential is clear.

His pace, direct dribbling and ability to find scoring positions are sure to make a positive difference for Leicester between now and the end of the season.

A little more polish in front of goal and Barnes’ breakthrough campaign will truly be one to remember.