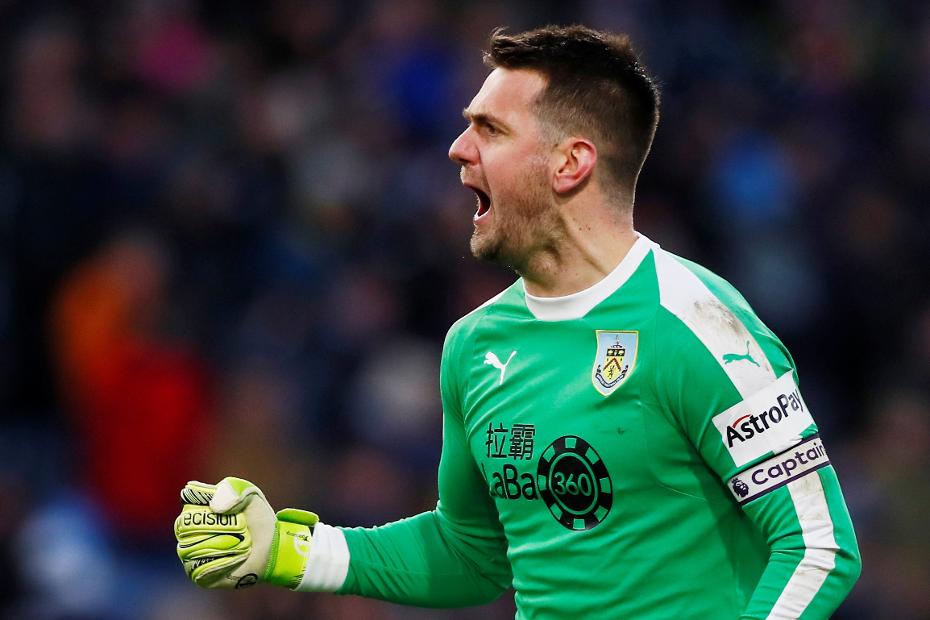 With three England internationals on the books, there is fierce competition among Burnley’s goalkeepers.

But Heaton has emerged from the shadows to reclaim the No 1 spot in the early weeks of 2019.

The 32-year-old was recalled at Joe Hart’s expense on 30 December and has since played his part in an impressive seven-match unbeaten streak.

Heaton’s previous experience of playing behind the same defenders has helped.

Regarded as an outstanding communicator, he can be seen instructing Burnley’s rearguard to squeeze up more often, instead of sitting deep.

That has affected the quality of chances that opposition sides have been able to create.

Clearing space in the box gives Heaton extra room to come out and claim crosses, while also minimising the target area for those who are swinging in the deliveries.

By getting tighter to rival forwards, Burnley’s defenders are also making it more difficult for them to shoot, especially from distance.

Dyche’s men are generally playing better and working harder than earlier in the campaign.

But Heaton’s determination to push his defenders away from goal has helped to stem the tide of shots.

It should not be forgotten that Hart delivered some wonderful performances.

As the busiest goalkeeper in the division, he repelled an extraordinary number of shots.

But Heaton has been producing match-changing stops of his own and has the edge because he makes fewer mistakes.

MOTM | @TomHeatonGK took flight against the Seagulls - take a look back at his highlights! 👏😱

Heaton’s save ratio of 81.8 per cent is better than Hart's 65.3 per cent and so are his figures for preventing goals.

Expected goals on target (xGoT) measures the quality of the shot a goalkeeper faces, based on distance, angle and whether it is headed. It judges how likely such shots are converted into goals.

In terms of xGoT, Hart was in negative figures. He should have conceded just over 36 goals when measured as xG, but in fact he let in 40.

In contrast, in his seven appearances, Heaton has let in six goals, when xGoT estimates he should have been beaten more than seven times.

Instructed to push up and clear the penalty box when possible, the Clarets have got back into the habit of pressing and squeezing space for opponents inside their own half.

That approach worked well for them last term.

And if Heaton maintains his fitness and form, he will be a difficult man to dislodge from the first team.