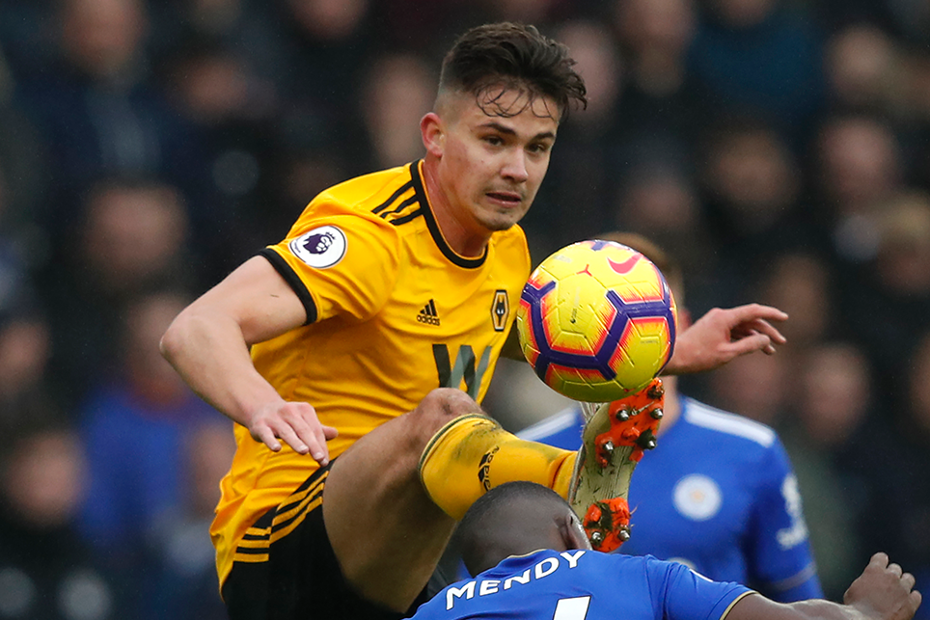 Dendoncker: It feels good to be part of the team External Link

Midfield dynamo Dendoncker is making up for a slow start to life as a Wolverhampton Wanderers player.

Having arrived from Anderlecht in early August, the Belgian had to wait until December for his first taste of Premier League action.

But his first match was a 2-1 home win over Chelsea and the 23-year-old has not looked back since, forcing himself into Nuno Espirito Santo’s preferred starting XI.

Suited to the system

Wolves' head coach has switched to a 3-5-2 formation, and the use of a third central midfielder has given Dendoncker his chance to shine.

In a 3-4-3 system, Ruben Neves and Joao Moutinho were asked to cover an awful lot of ground, but the summer signing’s presence has eased their defensive burden.

Dendoncker is a strong tackler with the athleticism to press and the nous to recover loose passes.

Tactically, he has been important for Nuno.

Matt Doherty is arguably the most adventurous right wing-back in the league, and the Irishman can now fly forward safe in the knowledge that Dendoncker will slide across to cover the space behind him if play breaks down.

Dendoncker is a strong all-rounder.

He popped up with a goal at Everton earlier this month and has been a threat inside the penalty area on several other occasions in recent weeks.

He is also a terrific ball-winner, making 17 clearances, 19 tackles and 30 ball recoveries across his six PL starts.

Perhaps the most visible ingredient Dendoncker adds is physical power.

Playing at a high tempo and working extremely hard, the 188cm tall Belgian provides energy for a team already renowned for their effort.

Initially, Dendoncker was a victim of Nuno’s loyalty to the personnel and shape that served him so well en route to top-flight football.

However, now that his head coach has seen the qualities he can provide, he looks set to play a key role in the months ahead.