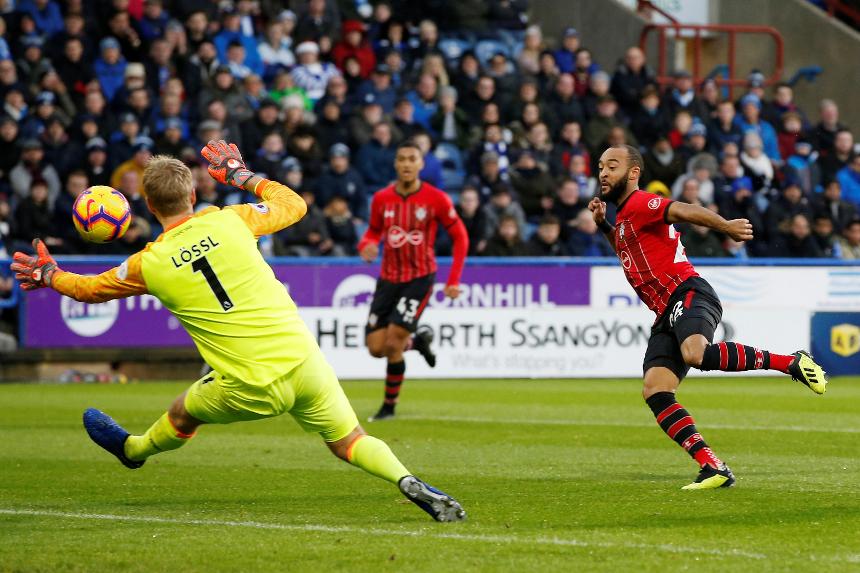 A new manager often lifts certain individuals and the arrival of Ralph Hasenhuttl has certainly had a liberating effect on Southampton's Nathan Redmond.

But he has raised his game since Hasenhuttl took charge in early December, playing a starring role in several contests and scoring three times while providing a couple of assists in 11 Premier League outings.

While most of Redmond's starts under Hasenhuttl have come in his natural position as a winger, the Saints' new manager has also experimented with him as a striker.

Deploying him up front with Danny Ings or Shane Long, the Austrian has given his wide man the licence to roam, which has caused problems for opponents.

Mobile enough to look for the ball out wide, in deep areas, with runs beyond defenders or in the pockets between the lines, Redmond has been difficult to track.

Using his speed and ability to run with the ball in different areas has given Southampton a new dimension and dragged defenders out of their comfort zones.

A spring in his step

Redmond has credited Hasenhuttl for helping him to simplify his decision-making and for bringing out a slightly more unselfish side to his game.

That has been evident to Southampton fans but when you break down his stats there is surprisingly little difference in the forward's overall output.

Redmond's dribbling-success ratio has risen marginally from 48.8 per cent to 51.0 per cent and he is hitting the target with a few more shots but otherwise his data is similar to when he played under Mark Hughes.

The big change has been his end product in terms of goals and assists, which has undoubtedly altered perceptions.

But there has also been a surge in Redmond's energy and work-rate. He is sprinting more often and running further than he was earlier in the campaign.

This all highlights what a difference the "new-manager bounce" can make.

If Redmond wants to have prolonged success in the Saints' first team, he must keep putting in this extra effort but if he does so the future looks bright for both him and his club.

Tomorrow: How Barnes has emerged as a Leicester mainstay