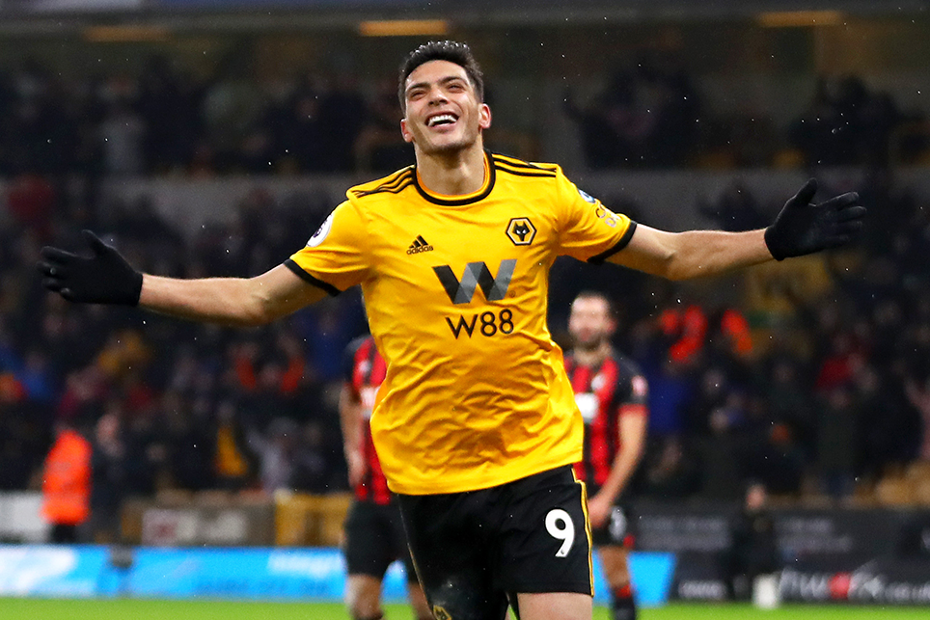 His opener in Wolverhampton Wanderers' 2-0 home win over AFC Bournemouth means he now has five goals and six assists.

Jimenez is now the fourth-top scoring striker on 81 points.

And in terms of points-per-million value, his 13.1 is ranked third among midfielders and forwards in FPL.

Jimenez's weekend strike has turned the heads of Fantasy managers, in spite of a testing upcoming schedule.

Over 30,000 have bought him for his home match with Liverpool on Friday evening, while Wolves also play Tottenham Hotspur and Manchester City in the next five Gameweeks.

However, his consistency means that Jimenez can be relied upon to deliver points.

And his underlying statistics highlight his big potential in Fantasy.

Only three players have bettered Jimenez's 38 shots inside the opposition penalty box.

Indeed, Jimenez has 11 bonus points, third behind the 16 and 13 of Pierre-Emerick Aubameyang (£11.5m) and Kane up front respectively.

Owned by a relatively low 19.6 per cent, he looks set to continue offering outstanding value for FPL managers.