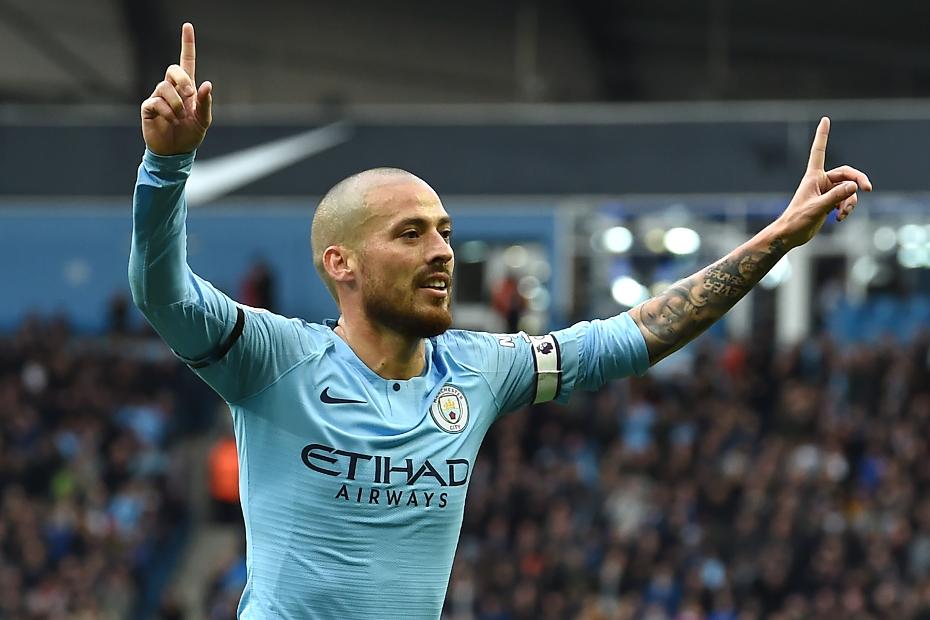 Losing a player of Kevin De Bruyne’s talent and influence might have derailed some teams, but Pep Guardiola’s Manchester City have coped brilliantly with the Belgian’s absence.

Winning all six Premier League home matches, scoring 24 goals and conceding just three in the process, the champions have yet to lose in their title defence.

The task facing a rejuvenated Manchester United this Sunday is challenging.

What’s been the secret to City’s continued success without their star performer?

There are positives all over the side, but the form of David Silva has been a huge plus.

The 32-year-old has relished the added responsibility, increasing his creativity and goal threat markedly.

Without De Bruyne alongside in central midfield, a man who made 56 chances from open play in 2017/18, the Spaniard has stepped up his own output.

He has made double the number of key passes, up to 3.37 per 90 minutes, and has been the division’s most creative player by an extremely wide margin.

Most chances created from open play

Silva has compensated for the Belgian’s driving runs by looking to have greater impact around the opposition penalty area.

Surging into the 18-yard box on a more frequent basis, Silva has doubled the percentage of touches he has inside the area.

As for end-product, this season is shaping up to be one of Silva’s best in a City shirt. He has delivered more shots, dribbles, and goals than last season.

It will be fascinating to see how Jose Mourinho tries to stem his influence.

While the United manager is unlikely to designate a man-to-man marker on Silva, his team must try to ensure most of the Spaniard’s touches are in deep areas.

If he is allowed to wander freely into the side areas of the penalty box, from where he supplied two assists at home to Burnley, or into the middle, it will spell trouble.

Bernardo Silva has recorded three of the top 10 highest figures for distance covered by Premier League players in a match this season, including the most, covering 13.7km at Tottenham Hotspur.

A player of De Bruyne’s class will always be missed, but these two Silvas are performing superbly while he’s sat on the sidelines.

Part 1: Dynamic Milner more crucial than ever for Klopp
Part 2: Lucas emerging as the best foil for Kane
Part 4: Chelsea a team transformed under 'Sarri-ball'