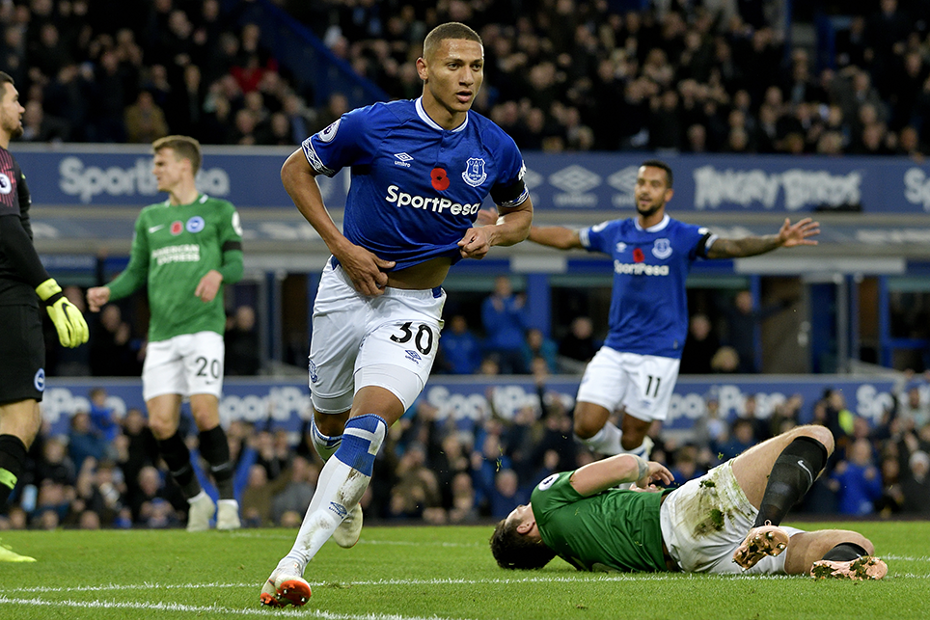 There has been a lightning reaction by Fantasy Premier League managers to the weekend double by Richarlison (£6.8m) against Brighton & Hove Albion.

The Everton player is the most-bought midfielder for Gameweek 12, with over 83,000 transfers in.

And that is in spite of a testing trip to Chelsea this Sunday afternoon.

Richarlison's move up front in Gameweek 8 continues to raise his potential.

He has three goals and an assist over his four Gameweek appearances as a forward, averaging 7.5 points per match (ppm).

Prior to that, he averaged 5.2 ppm on the left wing.

The summer signing has scored six goals this season, one more than he managed for Watford in 2017/18.

And compared with the previous campaign, he has been far more clinical.

Richarlison converted 5.3 per cent of his shots last season, scoring five of his 95 attempts.

This time round, he has scored 27.3 per cent of his shots on goal.

Their weekend trip to Chelsea, along with a Gameweek 14 visit to Liverpool, will test Richarlison's form.

But the Toffees entertain Cardiff City, Newcastle United and Watford in their next three home matches.

Those Goodison Park fixtures can give Richarlison the chance to extend his scoring streak and boost his popularity further in FPL.