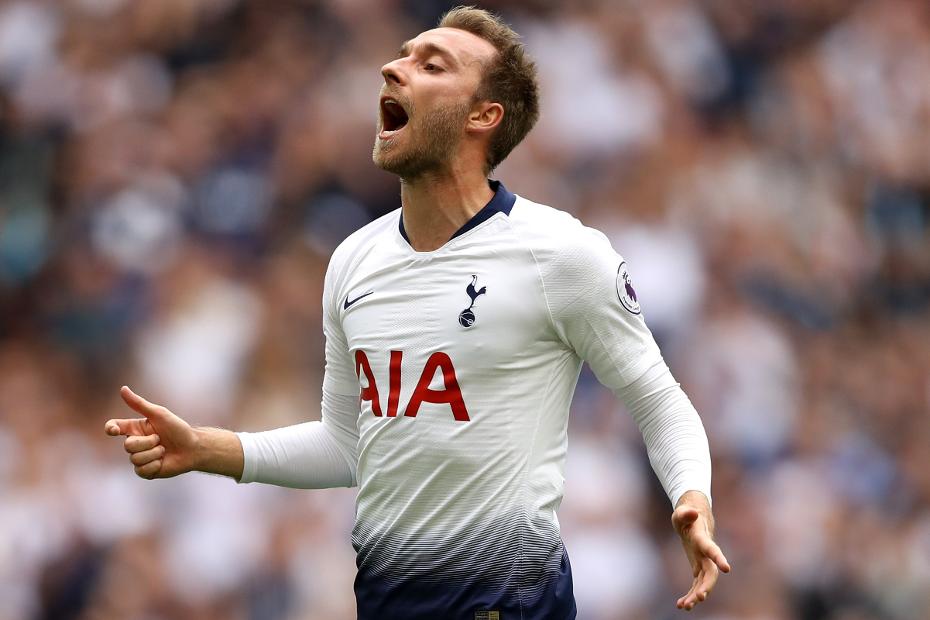 Tottenham Hotspur's fit-again playmaker is poised to return to the teamsheet for the first time since Gameweek 6.

Eriksen has stepped up his recovery from injury with a couple of substitute appearances over the last two Gameweeks.

And, having started in Spurs' 3-1 EFL Cup win at West Ham United on Wednesday night, he is pushing to feature from the first whistle for Spurs' trip to Wolverhampton Wanderers on Saturday night.

The Dane has yet to hit the heights of last season, where he produced 11 goals, 10 assists and 199 FPL points.

But he hinted at a return to form before injury struck, supplying assists against Manchester United and Liverpool in his last four Gameweek starts.

Thrives on his travels

He produced seven of his 10 assists on the road and his 41 chances created were ranked among the top three players.

Despite not starting in the top flight since Gameweek 6, Eriksen's underlying statistics highlight his importance to Mauricio Pochettino's side.

His totals of 18 shots on goal and 13 chances created are both ranked second for Spurs this season.

This suggests Eriksen can be key for the visitors at Molineux as they look to condemn Wolves to a third successive defeat.