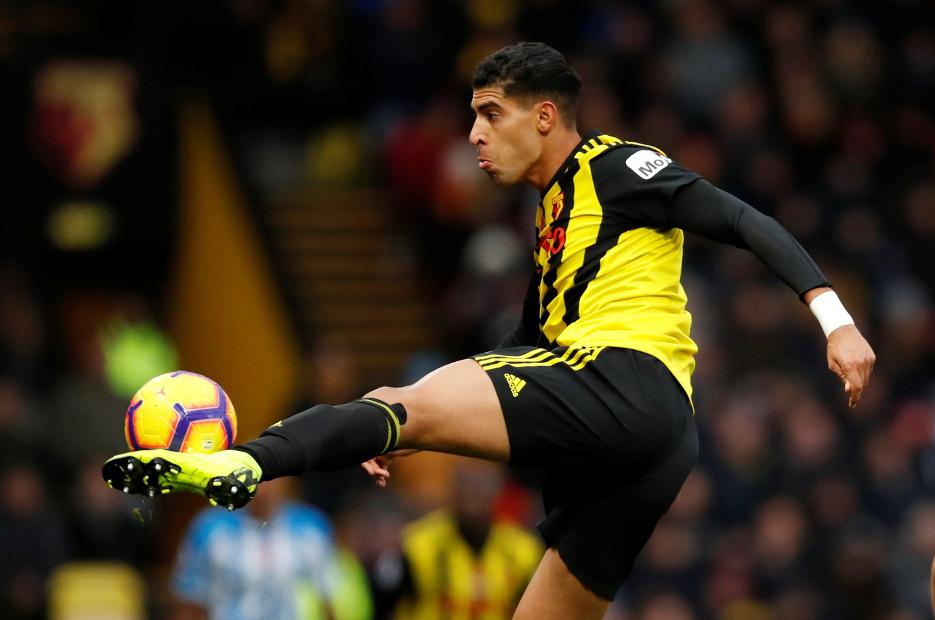 Femenia: We need to keep down to earth External Link
GW10 Lessons: Salah boosted by new role
FPL Experts: Shaqiri can emerge as a force

Recent teamsheet changes have raised the prospects of a number of Watford’s cut-price players in Fantasy Premier League.

Watford have won their last two matches, securing a clean sheet each time.

That highlights their potential at both ends of the pitch.

In the defence, the suspension of Jose Holebas (£4.8m) in Gameweek 9 allowed Adam Masina (£4.3m) to start at left-back.

And the Italian kept his place for the 3-0 win over Huddersfield Town on Saturday, with Holebas an unused substitute.

Masina and fellow full-back Kiko Femenia (£4.2m), pictured above, supplied an assist apiece against the Terriers to accompany their clean sheet.

The pair have recorded 15 and 18 FPL points respectively in the last two Gameweeks.

The Argentinian has scored in the last two matches, earning more than 61,000 new owners for Gameweek 11.

They both started for the first time in Gameweek 9 and have been named on the teamsheet in each of the last two Gameweeks.

Deulofeu and Success scored a goal apiece against Huddersfield.

It remains to be seen whether Success will retain his starting place once Troy Deeney (£5.9m) has recovered from injury.

But at a cost of £4.5m, he could emerge as an excellent third forward option for those managers looking to play a 3-5-2 formation.

Indeed, he was one of two cut-price forwards to be handed a start at the weekend.