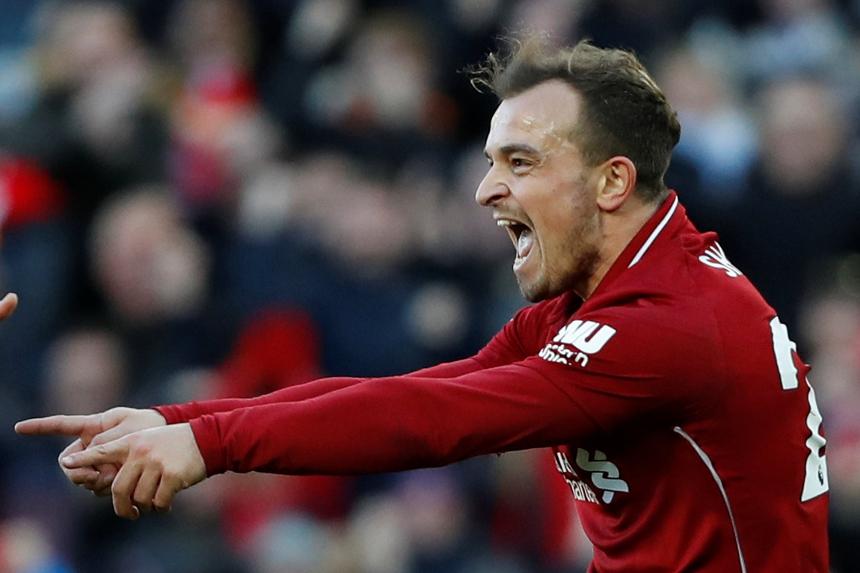 After Liverpool's 4-1 win over Cardiff City, the FPL panel of experts discussed whether to bring in more attacking options from the Reds and, if so, which players would have the biggest impact.

Opinions, as ever, were divided.

Holly Shand (@FFCommunity): After Liverpool's eight goals across their last two matches in all competitions, I’m very happy to have Mohamed Salah (£12.9m) in my team.

I'm even tempted to look at another attacking option to join him and Andrew Robertson (£6.4m) in my team for their next home match against Fulham.

Xherdan Shaqiri (£7.0m) and Georginio Wijnaldum (£5.5m) appeal at their price points. As much as I’d like to have both Sadio Mane (£9.7m) and Salah, they would be difficult to accommodate along with Eden Hazard (£11.3m) and premium Manchester City midfielders.

Ash (@FPLHints): Roberto Firmino (£9.3m) has been the biggest loser as an FPL asset with Liverpool's recent tactical changes, as his lack of Fantasy returns continues. Salah and Mane both benefited and there's now a case to have them both in tandem, rather than one or the other.

Mark McGettigan (@FPLGeneral): Salah was razor-sharp against Cardiff, but so too was Mane. He's just two points behind Salah for the season, having played a game fewer.

Long-term, I haven't ruled out a move from Salah to Mane to free up funds to invest elsewhere in my squad but it won't be until after Fulham at home in Gameweek 12 at least. I'll be monitoring them both very closely over the next two matches.

Lee Bonfield (@FPLFamily): When teams play defensively against Liverpool, the Reds need a smarter way to unlock the door, something they sometimes struggled to do last season. They need Firmino’s work-rate and creativity in the No 10 position to negotiate their way through stubborn defences.

Neal Thurman (@neiljthurman): Salah's new role has already revived him. The next story is whether it leads to Shaqiri emerging as a regular starter and FPL force. I like his chances a lot better than those of Adam Lallana (£6.9m).

Lee Bonfield (@FPLFamily): All the data suggests Salah is on target to repeat last season. It was at this point in 2017/18 that he started really firing. This new system, especially when Shaqiri plays, allows Salah to have hugely improved service and makes him a far better asset.

Chuck Booth (@ChuckBoothSport): While the underlying numbers always looked good for Salah, now that he's moved into a centre-forward role his goal involvement has shot up.

With two free transfers heading into this week, I'm looking for a way to get him in, which will likely lead to Harry Kane (£12.4m) making way. Shaqiri looks like the budget option to target in the Liverpool attack.

Paul Gee: The only Liverpool options that are in my plans are Salah, Mane and Robertson.

I wouldn't rush to double up in midfield, however, as they play Arsenal away next. Salah's new role boosts his credentials for me, though I reckon Klopp will go back to the normal 4-3-3 formation. I suspect his change was down to Cardiff’s defensive approach.