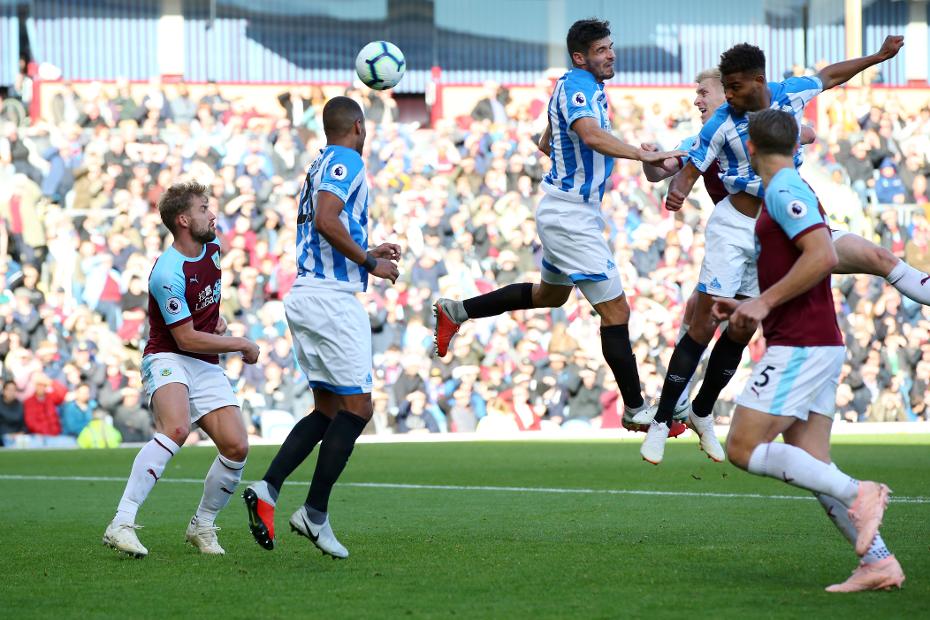 Huddersfield Town will not find it easy to end their home goalscoring drought against Liverpool on Saturday but they do approach the match on the back of their best attacking performance so far this season.

Prior to the international break the Terriers dominated Burnley in a 1-1 draw at Turf Moor, having 68.3 per cent of the possession and out-shooting the hosts by 19 efforts to six.

Reverting to a 4-2-3-1 formation, David Wagner's men played with assertiveness and width, delivering an impressive 28 crosses from open play.

This strategy suits Huddersfield, so they should persist with the ploy.

With Laurent Depoitre or Steve Mounie attacking balls sent into the box, not to mention Philip Billing, who is 1.98 metres tall, the Terriers have the potential to unsettle the Reds with an aerial menace.

If Virgil van Dijk, who may be an injury doubt, is not passed fit to play for Liverpool then this threat will escalate.

The facts are clear: no top-flight side have produced more successful open-play crosses than Huddersfield.

They have just been lacking the finishing touch.

As it stands, their 7.4 per cent shot-to-goal conversion rate is the second worst in the Premier League, behind the 6.1 per cent of Cardiff City.

Most successful open-play crosses in 2018/19

Settling on a system

Wagner went back to basics against Burnley, switching back to the 4-2-3-1 system he used in 25 of last season's 38 matches.

It is a formation with which his players are comfortable, and this showed in a vastly improved display.

Remarkably enough, if Huddersfield's head coach keeps faith with that shape against Liverpool it will be the first time this season that he has begun consecutive matches with the same tactical approach.

Chopping and changing his system on a match-by-match basis has not been effective.

Last time out, influential midfielder Aaron Mooy was moved across to a wide right position. It would make sense on a number of levels to use him in that role again for the meeting with Liverpool.

The Australian is an industrious player who works hard to regain possession.

He is ranked joint-fourth in the PL for winning the ball inside the middle third, and this turnover ability could help nullify the twin threat posed by Andrew Robertson and Sadio Mane down that wing.

The 28-year-old is also an excellent crosser, and if he occupies areas closer to the wing he is more likely to deliver a telling delivery that could make the difference.

Without much pace to call upon on the counter-attack this weekend, Huddersfield Town need to take the fight to Jurgen Klopp’s men.