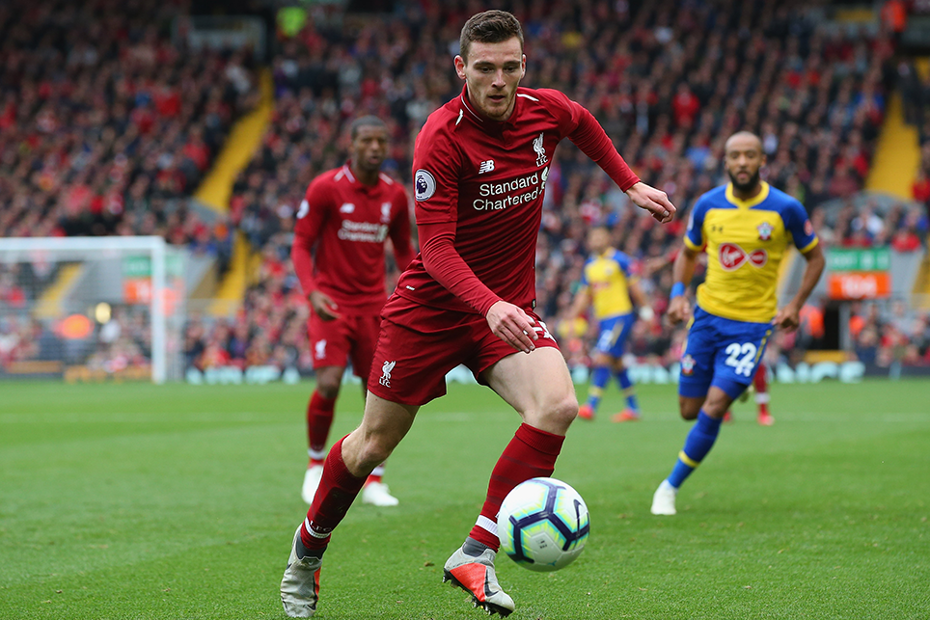 The Liverpool left-back has been one of the standout creators among FPL defenders this season.

Robertson has supplied 12 scoring chances from open play, at least three more than any defensive rival.

This suggests that Robertson has been unfortunate only to earn two assists in his first eight Gameweeks.

Liverpool's defensive resilience has been a big factor in helping the Scot to 49 points, a total that ranks second for defenders.

Crucially, Robertson's defensive displays are well-suited to the Bonus Points System (BPS), which determines bonus points for each match.

He has won 14 tackles, at least four more than any team-mate.

That has helped him collect bonus points on four of the occasions that Liverpool have produced a clean sheet.

The Reds' trip to Huddersfield Town heightens the potential of Robertson.

His hosts have failed to score in their four home matches this season and Huddersfield's total of 17 goals against is exceeded only by the 21 of Fulham.

Robertson's raids forward, combined with the potential for another clean sheet, can be a big source of points for his 27.7 per cent owners.