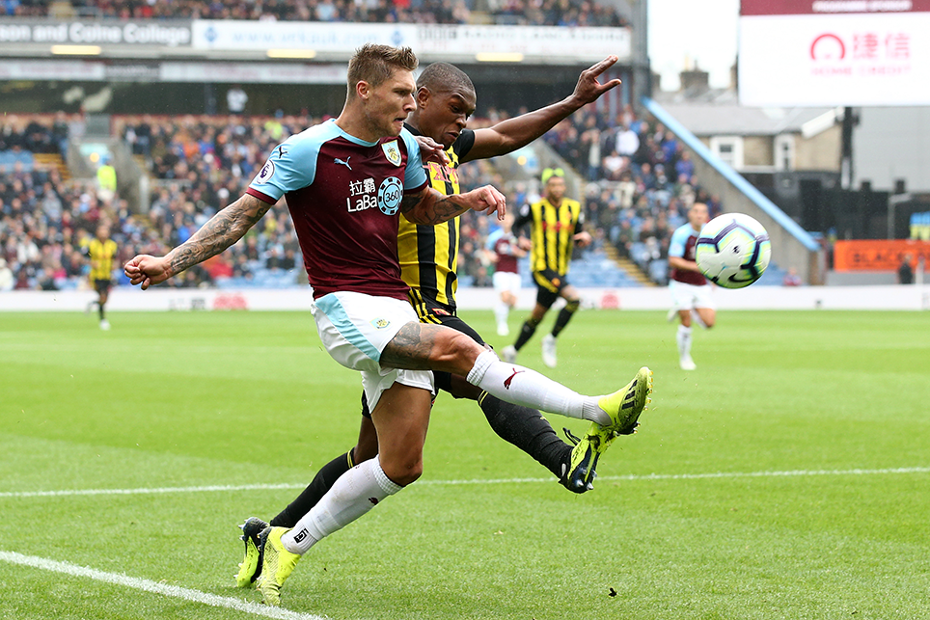 Playing an extra six competitive matches in the UEFA Europa League qualifiers has meant that Sean Dyche has had less time to work on game plans on the training ground for upcoming opponents.

For some managers this would not have been a big issue, but well-drilled defensive organisation forms a key part of Burnley’s approach.

With less time to prepare strategies, his side have suffered in their one draw and two defeats to date, conceding seven goals in their last two outings.

Burnley have been less compact than usual, allowing opponents seven shots on target per match this season. In 2017/18, this figure was 4.34.

Mental and physical fatigue from the European campaign must also be a factor.

Although Burnley have refused to make excuses, the data shows the players are not yet operating on the same physical level as last season.

A rise in their average possession, from 45.1 per cent to 49 per cent, may have played a part, but the Clarets are down four per cent on the average distance they cover per 90 minutes.

In central midfield areas, where Premier League opponents were unsettled by Burnley last term, there has been a downturn in intensity.

Jack Cork, Ashley Westwood and Jeff Hendrick, the club’s three most industrious players have all dropped off in terms of intensity.

Burnley's drop in speed and distance

Burnley’s forward play has been largely restricted to crosses into the penalty area.

In the absence of a creative attacking midfielder this is an understandable.

Strikers Chris Wood, Ashley Barnes and Sam Vokes all enjoy service from the flanks. Indeed the increase in output has been significant.

In 2017/18, Burnley were ranked 10th in the top flight for the most open-play crosses. Ahead of Sunday's match with Manchester United they are leading the way in the Premier League.

This approach has fashioned many chances, but Burnley have yet to profit with a goal in this way.

Given the frailty of Man Utd's central defenders in the last two matches, I expect Burnley to pursue this tactic again at Turf Moor.

In their last home encounter against Watford, Dyche’s men flung lots of high balls into the area from wide areas, but fortune was not on their side.

With a bit more accuracy, coupled with possible uncertainty from the visiting defence, this could be Burnley’s most productive way of ending their winless streak.