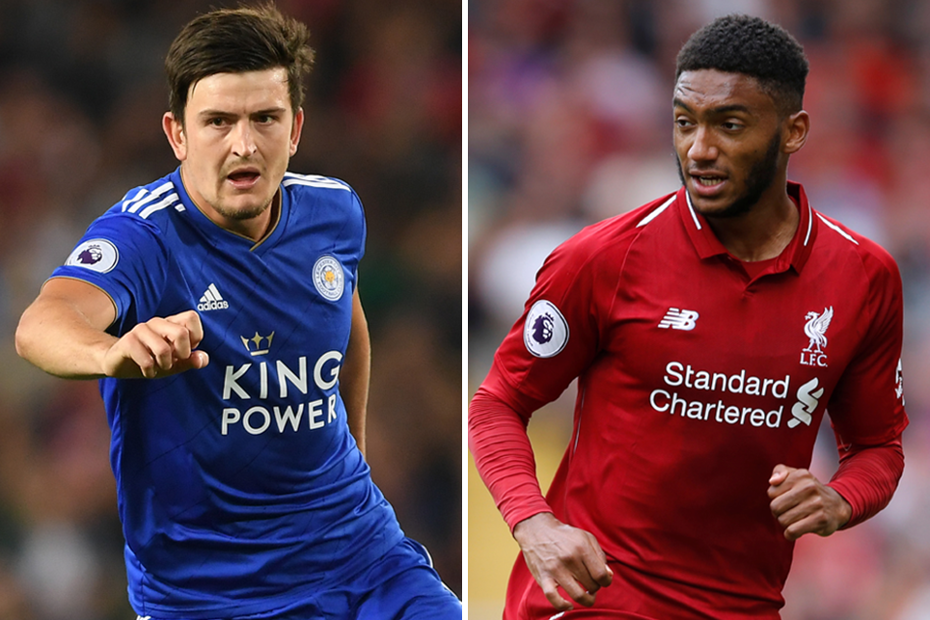 When Leicester City and Liverpool meet at King Power Stadium on Saturday, two of England’s best young central defenders will be on show.

Shifting across from full-back to partner Virgil van Dijk, the 21-year-old has grabbed his opportunity to shine as a central defender with both hands.

After producing composed displays against West Ham United and Crystal Palace, it was interesting to see Brighton & Hove Albion try to target the 188cm defender.

Brighton striker Glenn Murray drifted on to Gomez as a target for aerial balls, rather than try his luck against the taller Van Dijk as the Seagulls tested him with a stream of lofted passes.

He won 61.5 per cent of them without conceding a single foul.

The Leicester centre-back has been terrific for Claude Puel’s side, and capped a fine start to 2018/19 with a wonderful long-range winning goal at Southampton.

Dominating the 18-yard box in all three appearances, Maguire has made 20 effective clearances; double that of his nearest team-mate, Daniel Amartey.

Maguire has kept his composure and discipline, committing only one foul in three matches, too.

Gomez has a pace advantage over Maguire, but both defenders have enjoyed extremely positive starts to the new campaign.

They offer contrasting strengths, with Maguire comfortable on the left and Gomez happier on the right, so they are a pairing that may complement one another at international level.

Each has a vital role to play in defensive situations, but their ability to select the right passes will also have an influence in Saturday’s match.

For Leicester, Maguire is ideally suited to Puel’s desire to play possession football.

He brings the ball out from the back with assurance, boasting 89.9 per cent pass accuracy.

He is not averse to playing a brave forward pass either. This is something Liverpool would be wise to try to stop.

Maguire’s accurate long diagonal passes to left-back Ben Chilwell have been a feature of the campaign so far.

He has picked Chilwell out most frequently in all three PL matches, and 37 times in total, setting up attacks down the left side.

He passed to Van Dijk to his left 36 times against Brighton, with midfielders Georginio Wijnaldum, who received 14 passes, and James Milner, on the end of 11, all picked out with short, low-risk passes.

Gomez grew in confidence against the Seagulls, attempting more forward passes, including several vertical balls to the feet of Mohamed Salah.

Watch out for Gomez and Salah developing a better understanding in the weeks to come.