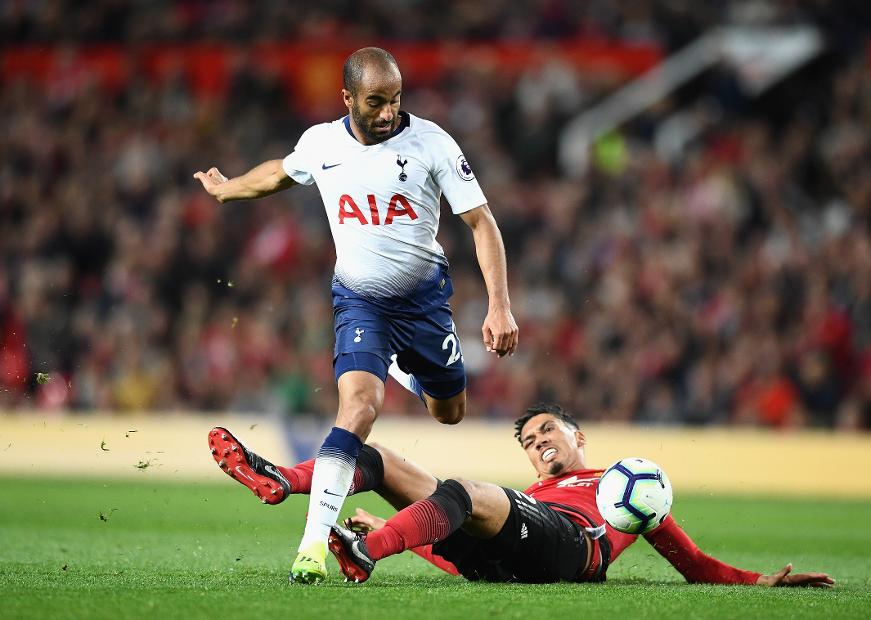 Lucas: "This is only the beginning" External Link
What we learned in Matchweek 3
How Mendy changed Guardiola's game plan

Moving from wide midfield to join Harry Kane in a two-man attack, the Brazilian’s skill has lifted the team in key moments.

Lucas opened the scoring with a left-footed curling shot at home to Fulham, and his classy brace helped his side to a memorable 3-0 success at Old Trafford.

He is the man in form ahead of Spurs’ weekend visit to Watford.

Lucas, who arrived from Paris Saint-Germain in January, is not an especially creative player.

He does not see a lot of the ball either, currently averaging 27.6 passes per 90 minutes.

What he brings to Spurs are bursts of great speed and quality.

He is a handful when running at defenders and is important out of possession too.

In addition to his two goals against Manchester United, Lucas secured possession eight times. On five of those occasions he was inside the home team’s half.

That followed his performance against Fulham, when he won two tackles and made four interceptions or recoveries inside the Cottagers' half.

These are just the type of turnovers around which Mauricio Pochettino’s philosophy is built.

It owes much to Lucas's pace and workrate.

He leads the rankings for sprints and top speeds registered by Spurs players this term, setting the tone with a high tempo.

Watford’s central defensive partnership of Christian Kabasele and Craig Cathcart will need to concentrate especially hard to preserve their team’s 100 per cent record.

Dealing with a Kane-Lucas strike pairing will be their stiffest test to date.

Lucas's presence has eased Kane’s workload, as well as the close attention he receives from markers. This will be a welcome change for the striker.

Watford would be pleased if Lucas does most of his work down the inside-right channel, an area their quickest defender Kabasele occupies. But they cannot afford to lose him inside the box.

The Brazilian missed an easy header against Fulham but has since dispatched his next three chances in ruthless fashion.

While a 75 per cent conversion rate will be impossible to sustain, it feels increasingly likely that Spurs’ in-form second striker can maintain his positive influence.