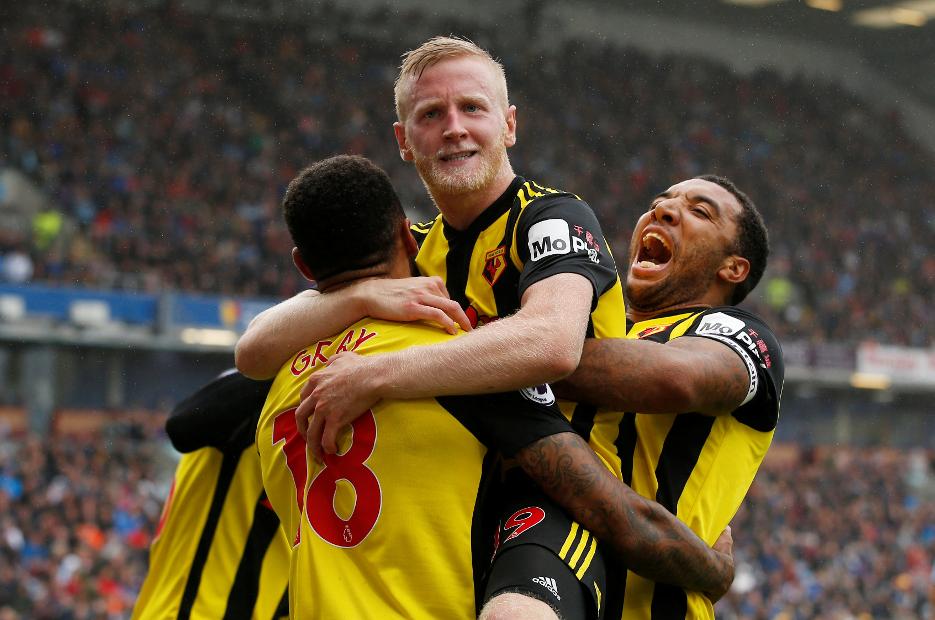 A change of system from Javi Gracia has breathed new life into Watford, chasing a third successive Premier League victory when they host Crystal Palace on Sunday.

After experimenting with six different formations during the final 14 matches of 2017/18, the Watford head coach began this campaign with a new shape.

Pairing strikers Andre Gray and Troy Deeney together in a two-pronged attack, Watford have performed with reinvigorated energy in a narrow 4-2-2-2 system.

Gracia has made subtle adjustments to their style of play.

One is greater passing of the ball from back to front. Watford have attempted 21 per cent more long passes per 90 minutes compared with last season.

Having two front men to aim for makes this a logical change of direction from Gracia, who must be delighted with the understanding Gray and Deeney have struck up.

The two complement each other well. Their link-up play, movement and industry are helping Watford get into dangerous areas more frequently.

Although it is early in the season, the stats show a rise in the chances Gracia’s men have been creating so far.

Watford’s finishing has also been clinical.

Gray, Roberto Pereyra (twice) and Will Hughes have all scored with outstanding strikes that would qualify as half-chances at best.

It remains to be seen if Watford can maintain their impressive 25 per cent conversion rate, which is double their rate of 12.5 per cent last season.

Rather than adopting a traditional 4-4-2 formation with a couple of wingers, a system he used in the final two home matches last season, Gracia has developed a shape that suits his midfielders better.

Hughes and Pereyra are both attacking midfielders rather than wingers, so the head coach has found a template that plays to their strengths.

Flitting between wing duties and positions 25 yards inside the touchline, both wide midfielders have been sharp and difficult to track.

Etienne Capoue and Abdoulaye Doucoure have made Watford the best PL ball-winners in the middle third, combining power with quality during wins over Brighton & Hove Albion and Burnley.

Most possession won in middle third

Watford's physical duo provide a platform that allows their in-form attacking quartet to concentrate on looking to threaten opponents.

Gracia’s innovative tactical outlook has sparked a positive change, and Crystal Palace are in for a tough examination at Vicarage Road.